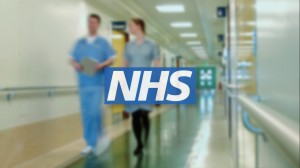 The NHS (National Health Service) in the UK

“When I was moving to London from Canada, the last thing on my mind was the fact that I may need a doctor, or if I did, the system would be the same as ‘back home’.”

Devon Lampard, London Relocation’s Moving Coach talks about how to register to navigate the UK medical system if you’re an expat.

When I first moved to the UK finding a Doctor was the last thing on my mind. I have always been healthy and have rarely ever needed to go to a doctor. Well, that being said, anyone moving to London knows that within the first couple months you will experience the “New to London Bug”. This may not be an actual thing, but everyone I know has experienced it with varying symptoms within the first few months.

My first, and only, flu bug in London was a doozie. Not just due to the flu itself but also due to the fact that I couldn’t get in to see a doctor to have myself checked out or get some antibiotics to start fighting it! I started looking for clinics, and kept coming across surgeries. In my mind, as a Canadian, I thought, “I don’t need surgery, just some antibiotics” so I kept looking until I realised that doctors’ offices in the UK are all called surgeries… Strange!

I rang up the nearest surgeries to where I lived, each one saying that they were no longer accepting patients or else they had a waiting list, or I would have to book an appointment to see a nurse to register myself then come back in a week and see a doctor. We all know that when you are not feeling well, time is of the essence! 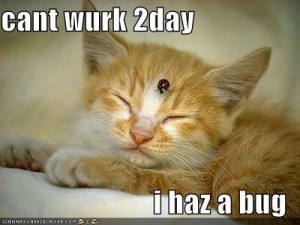 I finally found a clinic that would see me; I strolled over to the clinic that was less than 5 minutes’ walk from my flat. When I arrived I was not greeted in the nice way that I was used to back home, rather I was handed a clip board and asked to fill out forms and a questionnaire that must have had at least 100 questions on it. Upon completion I handed the forms back to the receptionist and was asked to wait some more.

I sat and waited for my name to be called. Much to my disappointment I was called to the counter and told that due to the “catchment area” the doctor would not be able to see me. By this point I was furious! The receptionist was very calm and polite when she explained why and how to find out what catchment area I would fall into.

The NHS in the UK

When I arrived back home, still sick with no end to this flu in sight, I logged onto the NHS website, typed in my postcode and found a range of surgeries that would all see me as a patient. I booked an emergency appointment and was seen that same afternoon on an emergency-only basis. Thankfully I was given some antibiotics to fight the flu. Before leaving  I asked how I could get myself registered, once again handed a mountain of paper work to fill out and sat patiently doing as I was told – which if you know me, can be challenging!

Once all the paper work was completed they said that is all, now just wait for a letter in the post with my NHS number on it.

I waited and waited – two months passed and I had completely forgotten about the letter that never came. When I realised that all this drama had not actually had a conclusion I called the surgery and they explained that due to the fact they couldn’t find my previous medical records on the system they were unable to register me. I would have to come back and start from scratch all over again.

How could they find my previous medical records? They were overseas. I did as the receptionist asked and booked another appointment to register myself. This time I made it very clear that I was new to the country and wouldn’t have any previous medical records, all I wanted to do was have a doctor to call so that in the event I was sick again I could sort myself out in a timely fashion rather than a week of back and forth and forms and “Sorry we can’t help you’s!”

Here is my top suggestion for today: Even if you are fit as a fiddle when you’re moving to London, log onto the NHS website, find out which surgeries are close to your new home and book an appointment to save yourself the trouble! This is even more important if you’re relocating to London with children.