Relocation to London – If Earl’s Court Builds it, They Will Come 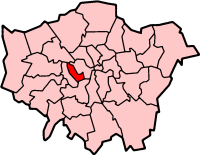 A relocation to is fraught with endless questions, not least of which is where to live! As you talk your Relocation agent through your apartment requirements and preferences, he or she will likewise discuss with you the numerous neighborhood options at your disposal. London is a huge city, so there’s truly something here for everyone.

That doesn’t make the task any easier, however; sometimes having too much choice gets overwhelming. What does make it easier is the neighborhood guide Relocation will be making available on its new website (launching soon!) as well as the expertise of the Relocation company’s relocation agents. They’ll supplement any and all info offered here on the website and exhaust any remaining questions you may have.

At any rate, while I happen to be in the neighborhood mindset, I thought I’d share some recent news on one in particular located in the popular west side. While recent years have brought major monetary investment to the east side, which arguably needs it most (especially with the 2012 Olympics on the horizon), west London’s popularity has created growing demand as well. One pocket where developers see potential is Earl’s Court. Right now, just outside both the Earl’s Court and West Brompton tube stations is the massive Earl’s Court Exhibition Centre, home to popular annual conferences and exhibitions like the London Book Fair, the Great British Beer Festival, (until this year) the Brit Awards for music, and home, baby, video game, and auto shows and the like. It’s a popular venue that sees a lot of traffic all through the year, but, rather sadly, it’s scheduled to meet its demise after it hosts volleyball for London’s 2012 Olympic Games. The plan is to construct additional residential space on this site (along with a new primary school, daycare, playgrounds, and health facilities), as well as create a new high street that will offer residents plenty of fashion, food, and entertainment options. The overall 77-acre area will become more pedestrian friendly and render Earl’s Court a new community and cultural hub.

This extensive project will play out in phases over the next decade or so, as detailed and updated on MyEarlsCourt.com. TimeOut even offers a preview already of what Earl’s Court will look like in 2030: http://www.myearlscourt.com/the-future/time-out-2030/.

So it’s not exactly happening tomorrow, but the project phases have been timed in such a way that provides minimal disruption to current residents if you’re moving to London in the near future. It’s also an indication of what’s up-and-coming for an already great area if you intend to stay for the long haul and/or are perhaps looking to make an investment in a neighborhood sure to prosper.