Relocating to London – North or South? 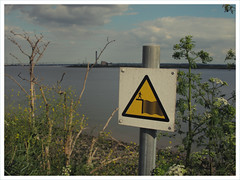 Relocating here means that you will want to find a place to stay before you get there. It might help to have a better idea of the way that our city is laid out before you decide on an area that will suit you in terms of transport, work and schools. London is a massive city, and finding accommodations can be a daunting task. You should have a good idea of the borough (district) you want to live in, as well as your postcode, which can be an indication of social standing in London, and even if you want to live north or south of the River Thames.

London is divided into boroughs, or districts. The borough that you live in is controlled by a council that manages the borough parks and schools and they charge a ‘council tax’ to all residents of the borough. This probably will not have any impact on you if you are renting accommodations, but if you buy property, or need to be in a borough that has good schools for the children then which borough your property falls under can become very important.

Your postcode says everything about you. Londoners often just refer to their postcode when telling you where they live. Living in the right postcode is very important, and you will pay a premium for accommodation in London if you are going to be as ‘postcode paranoid’ as the locals! Postcodes are an indicator of the compass that you live in, but be warned SW1,3,5,6,7 and 10 are actually north of the river and are considered rather more upmarket than the SE and SW postcodes that are south of the river.

The North and South Divide

Every country in the world has had some sort of conflict between the North and South. Here, you will find advocates of each area, claiming it is ‘the only’ place to live. It might be better to make up your own mind once you have moved. It is an unspoken rule that it is more fashionable to live north of the river, and that the transport system is more efficient. Fashionable does not necessarily mean better though and there are some great bargains to be had if you are considering buying property south of the river. Do not let anyone make up your mind for you, and do not let anyone tell you that your postcode ain’t what it should be! The most important thing to remember if you are moving to London is to get out and explore as much of the city as you can, and that includes heading south!