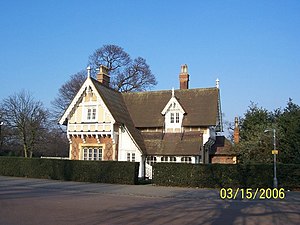 Families moving to London due to corporate relocation often worry that there will not be affordable neighborhoods safe enough for their children yet still convenient to other parts of the city.  Thankfully, there still are neighborhoods with a village feel to them where neighbors know each other, schools are good and prices are low. Blackheath is one such place in the Southeast of London.  Although the Southern part of London often gets a bad rep there are several quaint neighborhoods perfect for relocating families.

One of the top priorities for every family moving and searching neighborhoods should be accessible to public transportation.  Many well-appointed neighborhoods suffer in this department.  Not the case with Blackheath where there are several opportunities for professionals to move about the city with ease.

Although Blackheath is not one of those neighborhoods with towering mansions from a by-gone era and hip, posh superstars calling it home, modest homes do line the streets and neighbors look out for each other.  Housing prices are quite reasonable whether looking to buy or rent and streets are safe as are schools.  Anyone relocating with children can appreciate those facts.

Even though it is a great place to raise a family there is still quite a bit for the grown-ups too.  There are several nice pubs for nights out when a babysitter can be found and Blackheath Halls is popular music and performing arts venue making a night out closer than in many other neighborhoods.

One of the biggest attractions in Blackheath is the large green area known by locals as ‘the heath’.  Adjacent to Greenwich Park the heath is home to many popular British sports like rugby, football, and cricket.  The heath is also one of the most popular places in the city for flying kites and a new sport has grown around the pastime.

There are many reasons why a family should consider Blackheath when exploring neighborhoods.  The most important advice for all Americans moving here is to take opinions with a grain of salt.  Many discount the entire south end of London despite several pockets of lovely villages like Blackheath.  Rather than look only at areas well above one’s budget families should consider looking off the beaten path.