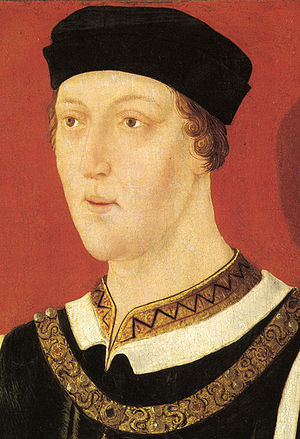 Hiya, Sunday Weekend Warriors! If you’re moving to London, you hopefully have at least a mild curiosity about England’s history—the recent royal wedding in itself may have sparked some interest in the English monarchy and its traditions. Centuries before the present Queen Elizabeth, there was King Henry V, who we met last week. As I’d mentioned, Henry V died before meeting his infant son, the heir to the throne who succeeds at less than one year old in 1422…Henry VI.

To pick up with Henry VI‘s story, then, at nine months old, he is obviously too young to reign over England when he’s crowned in 1429 (and in light of his father Henry V’s victories in France, he is likewise crowned King of France in 1431), so a regency council rules in his stead until 1437. Henry VI has a few factors working against him, however: his interest in politics is only occasional, he selects unwise advisors, and his dual reign over both England and France poses an obvious challenge. He loses England’s foothold in France when Joan of Arc proves victorious in restoring the French Dauphin’s claim to the throne as Charles VII; England loses Brittany, Normandy, and Gascony by 1453, signaling the end of the Hundred Years’ War that we saw start during Edward III‘s reign…just before a war of the civil variety then commences…

In this same year, Henry VI suffers a mental breakdown due to hereditary illness. The Duke of York serves in his place for a couple years. However, on Henry’s recovery in 1453, the War of the Roses breaks out between the houses of York and Lancaster (two branches of the House of Plantagenet symbolized by a white and red rose, respectively) when Henry VI’s wife and queen, Margaret of Anjou, alienates the Duke.

Join me next week for the outcome of this fine mess!

Related sightseeing: Windsor Castle, where Henry VI was born in 1421.