Why NOT Get London Relocation Support from Your Employer 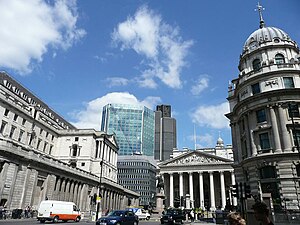 A few months ago, I wrote a post entitled, “Relocating to London: Negotiating an Expat Package with Your Employer.” I recommend you check that one out if you’re in the process of finding out if you can make a London move happen with your existing employer or if that employer is now offering you the option whether you think you’ll like that transfer or not. Basically, it compares the degree of leverage that you’ll likely have depending on the situation (i.e., a requested transfer versus “forced” one) and what items you can reasonably expect to be covered in an expat package—bearing in mind that, of course, every situation is different.

At any rate, I just got back from hanging out with several American expat couples that I’ve been so privileged to become good friends with since first meeting through London Relocation’s social network for expats moving to London. Three of these couples moved here with a job transfer that at least initially provided generous expat packages that covered housing. One of them is now on their own after a couple years here, so have just moved to a new family-friendly London neighborhood that is conducive to raising their new baby (due next month—a new expat is born!), all by their own choice given what they need lifestyle-wise and can afford. Cool. Another couple has been here about a year and told me how they’re still waiting to find out whether they’re moving in seven days or not. Huh?! They, too, are expecting their first child soon, so need to move into a different London apartment that will offer more space and less death-defying stairs. Unfortunately, given their expat arrangement with the employer that transferred them here, they have to work through the third-party business appointed by that employer in securing the new housing. They were given a few options and chose what they liked best, yet they’ve had no communication whatsoever recently whether, in fact, that is where they can live and if they should indeed be packing up all their stuff to move house very, very soon or not. Beyond frustrating!

A third couple, then, has previously related grievances to me about the relocation agency they were forced to work with through the employer that transferred them; they had found London Relocation through their own internet research efforts and really wanted to use us, but their company gave them no choice. Instead, they suffered through viewings of one crap apartment rental after another, and they weren’t thrilled with other aspects of the service, making them especially wish they could’ve worked with London Relocation’s friendly folks instead. Their expat situation is one that must be revisited year by year, so they never know how long they’re staying in London. Sure, they get their rent paid for and probably then some, but year-by-year they’re at the mercy of what the employer dictates, which impacts how they can make plans for what country they’ll be living in, one, and two, where they can live even if they’re staying here. It also impacts the accompanying spouse in this situation a great deal, as she’s just started a London-based business that hinges on her actually living here to carry out its service, so she’s stuck in limbo where promoting that business is concerned as long as she doesn’t know where the next few months will bring them.

This all just made me realize that perhaps I shouldn’t have been as frustrated as I was to be an expat by virtue of a new job, not one that transferred us over here. We lamented that we hadn’t had a sweet expat package deal to take care of finding our flat to rent or covering the cost—but in retrospect now, we’re feeling pretty lucky that we didn’t! Yes, this is an expensive city to live in when you’re paying out of your own pocket, but at least when you do so you’re basically also buying your freedom to dictate for yourself how long you stay, where you live, and whose services you employ to sort that relocation out. You can contract a fabulous destination service provider like London Relocation if you want to have that peace of mind that your ideal apartment awaits you after only one day of viewings.