Living In London – Football By Any Other Name 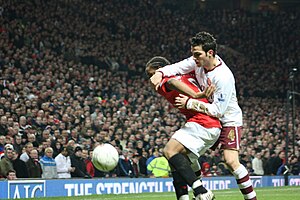 Football has gained some popularity in the United States and Canada and it is the one global sport that every country in the world plays. Football players are heroes in England and it is still the one sport that has the ability to unify people from different cultures and walks of life. If you have the opportunity to attend one of the big games you’ll be overwhelmed by the levels passion that footy supporters have. Even if you don’t know what is happening on the field, it will be well worth the experience. Football is not a complicated game, and if you’re going to learn anything about it then the first rule that you should be able to state without hesitation is “The Off Side Rule”. Make it a part of your education before relocating to England!

Some of the big name London football clubs include, Chelsea, Arsenal, Tottenham Hotspurs and Westham United. If you want a really great evening out and a chance to learn more about football then head over to the Chelsea Football Club for a meal at Marco Pierre White’s celebrity chef restaurant attached to the famous club.  Once you’ve settled into your new London apartment, you’ll have to support your local football team. Could this be another deciding factor in where you choose to live? Probably not, but you will be expected to show your allegiance to your local team. No, Manchester United and Liverpool are not based in London. You can support them, but make sure you’re wearing your local team jersey on the Saturday that they’re playing or you might get some funny looks down the pub.