Living in London – Differences Between The Cultures 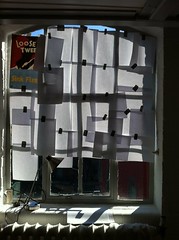 If you are moving here and plan to stay for a few years, then you might like to have an idea about some of the differences that you’ll find between the cultures of the United States and England. It can be confusing when you first move to a new city in a foreign country, and you may be tempted to stay away from mixing with people for fear of ‘getting it wrong’. You might also be tempted to find groups of expats living in London and make them your main social contact group.

Having lived an expat and even nomadic existence since childhood, I’ve found that the best way to start enjoying a new city is to mix with ‘the locals’ as much as possible. Even if there are language barriers, and obviously cultural ones, you’ll find that the English are largely forgiving of what could be considered a social ‘faux-pas’. By remaining ensconced in everything that reminds you of home, could make your time spent in London into a lonely one. I always stay away from expat groups for fear of turning into a ‘wenwee’: “When we were at home…”

It’s time to get out of your apartment and mingle with the natives.  This is such a cosmopolitan city anyway. A city of transients and travellers, you’re bound to meet loads of people from other countries and will have the opportunity of learning about different countries and cultures as well as immersing yourself into the English culture.

One of the obvious differences between the two nations is that of language. It might sound decidedly odd to be discussing the differences in language, considering that it is ostensibly the same language, but English in England is a tricky language and not everyone speaks like Hugh Grant. At times, it you might even think that it is a foreign language and you’ll have to give your ears a chance to adjust to the way that English people pronounce words. There are even marked differences in the words themselves and you might want to get to grips with a few of the most obvious difference before you find yourself living in London and getting upset when someone asks you for a ‘fag’.

A fag is a cigarette. A lift is an elevator. A tap is a faucet. A torch is a flashlight. The tube is the subway. Tea is supper. Jam is jelly. Jelly is jello. Biscuits are cookies. It can be confusing, I know, and it can be even more confusing when you head out of London to regional areas where they have different accents and ways of pronouncing words.

Some things never change though and when you’re feeling a little low and what something to remind you of home, then just head out to the golden arches and you’ll find that a Big Mac is a Big Mac, wherever you go in the world.