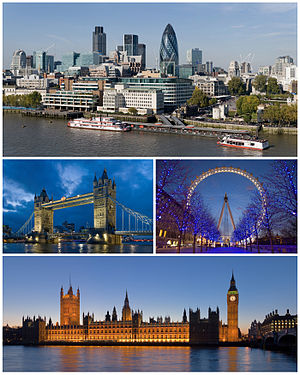 If you’re moving here, don’t come to try and take on the city and make it your own. Rather let yourself be changed, slowly and inexorably, until you cannot imagine any place on earth you’d rather live. Living in London as a foreigner is one of the best experiences that you’ll ever have. Much of this has to do with the attitude of Londoners, many of whom are foreigners themselves.

Despite being a big cosmopolitan city, Londoners have not developed a big city attitude to go along with the size of their city. Perhaps this is due to the fact that the English are naturally more reserved than other nations in the world, or the fact that boasting is considered ill mannered. Londoners don’t have to have the biggest buildings or the tallest towers; there is a confidence and friendliness that exists in everyone who is living in London, which goes far beyond “bigger is better”.

You’ll be amazed by the spirit of native folks; they are friendly and always willing to help tourists to their city. You can ask for directions and not feel like you’re being a drain on the national economy or wasting anyone’s time. London is remarkable perhaps for its diversity of cultures; it s true melting pot, having accepted millions of immigrants from other countries to make up a stimulating and fascinating community wherever you go.

There is so much to do and see, that you will probably spend the first six months while you’re living here just marveling at the sights, both historical and modern that make up the skyline. It’s not just the buildings, over 30% of the city is made up of parks and green areas, it’s clean and the stringent environmental; controls have removed much of the smog and soot associated with living here twenty years ago.

The best advice on moving here is to go with an open mind and an open attitude. You’ll settle in much quicker if you are prepared to accept new things and your new life as an adventure.