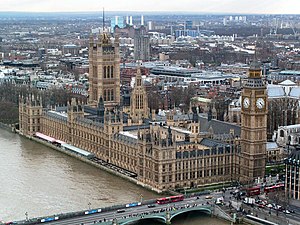 London is the capital city of United Kingdom, which is situated on the riverbanks of Thames and is also referred as palace of Westminster. It is also well known for its historical monuments and diverse places of interest. The most renowned of these sights are the British Museum, Big Ben, the National Gallery, The Tower of London, Buckingham Palace, Paul’s Church and Westminster Abbey to name a few.

London has become a trendsetter in the last two hundred years for politics, fashion trends, educational institutions, theatre, and music. The city has become a leading economic and financial centre and a recognized global hub. Administration operates on a two-tier system; one of them being the strategic tier and other one is the local tier. Strategic tier takes care of city administration and the Greater London Authority controls it, whereas local administration is taken care of by various districts. There are 33 smaller districts in London that look after proper administration of their assigned areas along with people relocating to London and moving to London.

Your local city council is where you will need to register once you find an apartment and have settled in.
The city occupies almost 610 square miles of area and river Thames flows through the city from southwest to the east. This river plays important role in shipping and carrying passengers and other day-to-day commodities. Parliament Hill and Primrose Hill are the main hills that are situated on Thames valley. In previous years the river Thames was very broad and was considered as lifeline of locals but due to various structures, the river became narrower and various streams have found their way to flow underneath the city and as a result, London is exposed to frequent floods and logging of water on the streets.  Authorities erected a barrier at Woolwich along the riverside in 1970 as a safety measure during times of floods.
The phenomenal thing about living here is that the history of the city is so clearly etched all around you. Magnificent buildings and monuments to the city’s past live alongside modern buildings in this fascinating city.