Living in London – A Millennium And Counting… 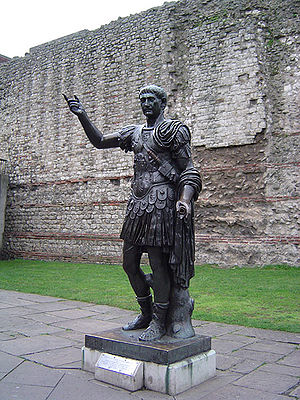 If you’re an American moving to London, one of the more fascinating aspects of your new home city will be the interesting history of the birth of London. It’s always an interesting thing to find out about the back-story of something, particularly when it’s as colorful as this one is.

Legend has it that London was built on the ground where Brutus of Troy defeated the giants Gog and Magog, the two guardians of the land. Even if it is just a myth, it is one that adds a fascinating bit of color to the city. And while it might just be legend, the two giants have been granted a range of hills just southeast of Cambridge named after them.

London was actually a town called Londinium, established by the Romans around AD 43. Between 190 and 225 AD, the Romans built a defensive wall around the landward side of the city and thus the foundations were formed. If it takes your fancy and you’d like to see what remains of the wall, pay a visit to Aldersgate, go from there to Moorgate; on to Wormwood Street and finish at Bishopsgate. This walk will take you along the path of the original structure and you’ll see the remains of the old London Wall. It really does give your imagination a workout when you consider that something that was built almost two thousand years ago can still exist among towering skyscrapers and rushing traffic.

And if you’d like to delve further into the history of your new home town, pay a visit to the Museum of London, which sits conveniently on the route I’ve just described. It has collections taking in the history from the Prehistoric era, the Roman era, the Saxons, the times of the Tudors and the Stuarts. The museum also has actual discoveries of items dating back to the times of cavemen, including axes and other tools used as well as the bones of a Mammoth.

You’re living here; in the very center of all the action now. You may as well learn a little about the city you’re calling home.