What Are The Best Areas For Expats in London? 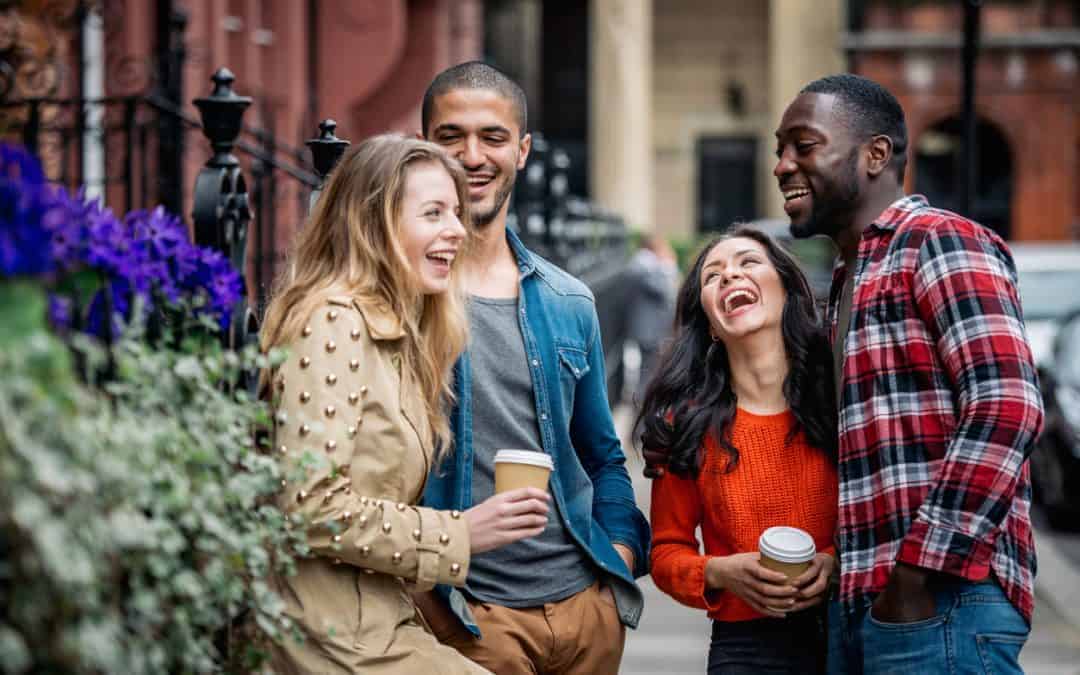 I sincerely believe that the word “big” in the name “Big Smoke” is an understatement. Were words like “colossal”, “humongous” or “behemoth” already taken by other Smokes or are they simply not catchy enough?

Well, I guess we’ll never know the answer to that question. But what we do know is the fact that the capital is huge and filled to the brim with people.  Out of the nearly 9 million people living in London, only 5 were born in the UK. 36.7% of the population is foreign-born.

The city is diverse enough for the entire concept of “foreigner” to disappear into nothingness. Sure, there are still many places in the Big Smoke that are as British as a bulldog, but there are also parts of the city where you’ll have to pinch yourself to remember that you are still in the UK.

Now, which of these areas are the best for expats and new Londoners? That is a question that still remains to be answered. I, personally, would go for the golden middle.

When it comes to London, West and South seem like the go-to choice for the newly arrived for a plethora of reasons. The largest one is, of course, commuting. Everywhere along the Northern and the District lines of the tube would be a splendid place to live. Just to be sure, they are the black and the green lines respectively and they connect everything you’ll ever need from work to shopping to entertainment with a silver line of sophisticated underground tunnels.

Here are a few areas from the West and the South for you to get the hang of what I am saying.

Mayfair in the West is a rather expensive place to live in, but for all the good reasons: the architecture, the convenience of living in the center and the shopping. You’ll access more exclusive establishments here than anywhere in the world! Probably.

Notting Hill is yet another example of a splendid western location. The place was not that big of a deal before the 1980s, but it wasn’t anything like it is today back then. You see, Notting Hill became one of the most favorite destinations for people from other countries in the capital. These people came here with their culture and the dream. Soon small businesses, cafes and shops started popping up, each with unique elements of various cultures, and they have attracted more and more people as well as investments into the area. Yes, the prices have spiked here over the years, but the diversity of the area is worth every penny.

Then there is the fabulous Soho. The lights of the neon here are said to be visible from outer space. This is a shameless lie, but you sure as Hell won’t feel tricked once you set your foot here after the sunset. Not only is the area famous for the nightlife, but it is also known as an expat center. Most of the local businesses here were set up by Russian, Italian and French families.

What about West London then? What are the hidden gems that await those newly arrived?

If I were you I’d start with Wimbledon. No, not the tennis tournament, although the area is famous for it as well. Wimbledon is populated by many expats from South Africa that have brought a lot of their culture along. Open-air festivals, Jazz and numerous shops will keep you entertained while the rent won’t be shamelessly picking every last penny out of your pocket.

Clapham is a great place in the West as well. This is a great place for young professionals and despite having an immensely popular arena for sports or concerts, the area is rather quiet and peaceful. It is one of the best places in London to enjoy your well-earned rest after a busy day at work.

If you’d like more detailed guides about the areas of London, we have them prepared for you here and here.

Who says that London is the only fitting place to live in, especially for those of you with a family? The suburbs that are closely located to London have as much to offer if not more for the minor tradeoff of longer commuting.

You can still work in London while living your dream in the suburbs if you know the right place with a fitting community. And if you don’t know about such a place, you will discover it shortly!

For starters, let us take a closer look at Gerrards Cross. Yes, living here is expensive, but it is also well worth it. A trip to London will take you 30 minutes or less from here. An hour or so if you choose to travel by car. The schools here are exceptionally well and it is one of the determining factors for expats with children. The restaurants here are out of this world as well.

Hassocks is yet another great example of a quiet village that is close to the Smoke. Yes, your trip will take an hour or an hour and a half and all of the entertainment is tucked away in the nearby Brighton, but the quiet sensation of living in a picturesque town that looks like it was taken out of a Christmas Card should seal the deal.

Sevenoaks in Kent are at about the same distance from the capital as Hassocks if you travel by car, but the train will whoosh you there in less than 30 minutes. The countryside is really enjoyable here but what really matters to most expats moving here is the Sevenoaks School international baccalaureate.

Do you still have any questions about where and how to move to London? Don’t be shy. Feel free to ask them in our Facebook group or on Twitter and we will do our best to get back with relevant answers!