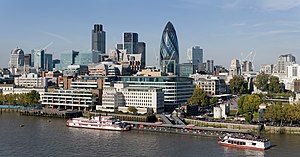 The Great Fire Of London – ‘Burning Down The House!’

When you’re living here, you may want to know more about the history of the great city that you have chosen to make your home. The history is immense and you probably don’t want to have to delve through great stores of information dates and facts. This series look at some of the definitive events in the history of this city in no particular order. Last week we chatted about the events of 1066, and this week we’re donning our protective fire gear and heading to the year 1666 for some real heat and action.

The Great Fire of London

Bearing in mind that this fire was not the first to raze the city of London. The city has a pretty bad track record of being set on fire, bombed during two world wars and yet, somehow out of the ashes, the city has risen, Phoenix like, to rebuild itself and stand once more. In the late summer of 1666, London was ready for some action. Politically, the city was a tinderbox waiting for a terrorist. Despite protestant rule being restored in 1660 with Charles II, there were still uprisings directed against Catholics and Republicans. England was at war with France and Holland, and the mood of the city was decidedly angry.

The wind that swept through London was not only going to be the catalyst that caused such destruction during the fire, but it was also a wind that carried the Plague. In just two years, over 50 000 people had died because of the rapid spread of the bubonic plague. In fact, one might argue that what London really needed was a good bonfire to clear out the rot. On Sunday the 2nd of September 1666, a small home in central London caught fire. One of the reasons that it spread so fast was the dry wind that had been sweeping through the city for weeks, as well as the fact that the streets were narrow, homes were built on top of each other, oh, and nearly every home in London was built of wood.

Samuel Pepys, an English essayist and writer of the time has one of the most startling and accurate account of the fire that has survived to this day. When the mayor was informed about the fire, he uttered “A woman might piss it out” and yet as the night turned to day, an early dawn saw the flames leaping onto London Bridge. Samuel Pepys was one of the first to alert the King, who shimmied down his fire pole in his nightgown and ordered the destruction of as many homes as it would take to contain the fire.

The fire was now so out of control, fanned by the wind that it was impossible to contain. After a further day of fighting the flames, London was in a state of emergency. Looting, riots and carts filled with fleeing Londoners had blocked the city streets. The roof of St Paul’s cathedral which was made of lead, melted and poured down the streets, like molten lava escaping a volcano. Despite the mighty Thames River, people could not fight this fire with water. London had one of the most advanced firefighting equipment in the world, but even their high speed fire carts could get close enough to the fire to fight it adequately. The only answer was more demolition. In an attempt to stop the fire, houses and homes were literally being blown up, in an attempt to create wide fire breaks around the city. By destroying many areas the fire was eventually brought under control.

By Thursday, it was all over, bar a few falling, embers. The wind had slowed down and changed direction. Nearly 400 acres of the city  had been destroyed and the people wanted answers. As is usual in government investigation, everybody was under suspicion, some people falsely claimed to have started the fire and many people blamed foreigners, leading to some of the worst violence against foreigners in the city of London. Eventually it was decided to blame the church and for nearly a century after the fire the cause of the Great Fire of London was blamed on the Catholics. This was perhaps one of the first world events to attract the attention of conspiracy theorists. The 1666 version of who shot JFK was born.

How many people died in the Great Fire of London? Not as many as you’d expect. The death toll directly resulting from the fire was only a handful. Reports range from 4-6 people. The first death was the upstairs maid in the home where it started. However, it is interesting to note that the aftermath of the fire killed many hundreds of people in the interim camps set up around the city. What the Great fire of London did though, was to burn out much of the plague that had killed tens of thousands of people. It led to better housing conditions, better city planning and rebuilding on a massive scale.