Living in London – The Bizarre, Weird and Wacky 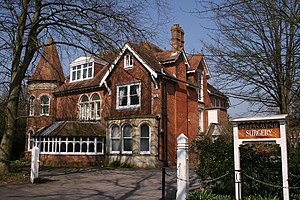 When you are living in London it’s not all about pomp and circumstance. England is not only known for its history and architecture but it is home to celebrating the weird, the wonderful, the wacky and the downright bizarre. These quirky traditions make for a great day out of London but you’ll need to have a sense of humour if you’re going to end up face down in the mud!

If you ever wanted to see a different side of the British then join in these fun events to be part of the clan. If you are brave of heart then carrying flaming tar barrels through the streets of a Devon village might be for you, this event is known as Tar Barrels. If you take like duck to water then you can join the Bog Snorkelling where you will be required to swim 2 lengths of murky peat bog using an unknown swimming stroke in an attempt to be the first to reach the finish line.

During the Spring Bank holiday, Devon hosts the region’s oddest and oldest 4 day custom where symbolic characters search for the Earl of Rone who is eventually found on Monday night, paraded sitting backwards on a donkey through the streets, ‘shot’, knocked off his mount and thrown into the sea. Another quirky event is the Bognor Birdman, which takes place at a Sussex seaside resort. In this event, human ‘birdmen’ hurl themselves off the pier to see who can ‘fly’ the furthest. There is a variety of man-powered flying machines and crazy costumes on show.

If bizarre is your middle name and Dorset sounds like your kind of spot then this event is just for you, the World Stinging Nettle Eating Championship. Every June a pub full of brave contestants races to see who can eat the most stinging nettles in an hour. The contest came about when 2 farmers argued over who had the longest stingers. A third man produced a longer nettle and rashly offered to eat it if longer could be found. When the inevitable happened, he kept his word and history was made. Stinging nettles have been used in British cookery for hundreds of years, but here they are ingested raw with their stings intact. There are many other wacky and weird events to tickle your fancy while you are living in London, so join in the fun.