Top 10 Thoughts on Living in London Coming From New Londoners 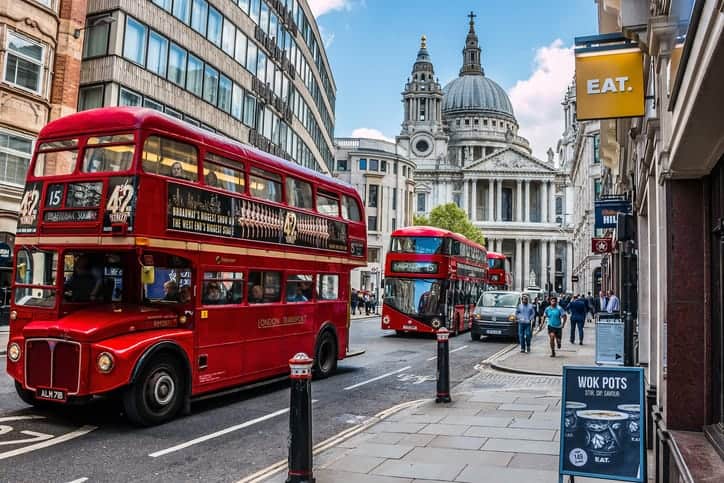 Who else can describe life in London better than a Londoner? No one.

Who else can describe the life of someone new to the Big Smoke better than someone who has just moved in? No one.

We chose to combine these two facts into one and asked some of our earliest clients who have been living in the capital for a while now about their craziest thoughts on loving in London. Their thoughts may surprise you!

Without further ado, I present to your attention London Relocation’s list of top 10 thoughts on loving in London coming from New Londoners!

“The British treat beer like its water. Going out for a glass ends up with mandatory liver transplants in London. I never imagine that life is centered in pubs. Friendships, acquaintances and even families are born and broken over a pint. Not that I am complaining, but the nightlife is sometimes too much for little old me.”

“London is insanely diverse. Yes, you often hear about the many people from countless nationalities and origins live here, but that’s just on paper. The real magic happens when you actually visit London and hear hundreds of voices speaking in dozens of languages on the way from your flat to the coffee shop. This is so cool, I can’t even describe the sensation with words!”

“Explore! London is a massive trap. It is just too convenient. You will have everything you need and many things that you don’t need near your home. There really isn’t a reason for you to stroll off your commute route from home to work. And in a town as busy as London, you won’t have the time either. Well, you should, anyway. The place is just too darn beautiful to miss out on. Explore every last brick in the west, east, north, south, and center. Visit the museums and the galleries, enjoy the parks and the street food. Otherwise, what is the point of living in London? The overblown prices? Nah, I didn’t think so.”

“It’s really pointless to own a car here. Sure, the Tube may not a joyful delight of a ride home and the night buses are filled with weird people, but if you wish to stay mobile and actually get from point A to point B a car simply rudimentary. It will both eat up your money and it will slow you down in the process.”

“You may or may not be surprised by this, but a mortgage is actually cheaper than renting a flat. You will pay 3 times more for a place you don’t own. Oh, and the British seem to refuse to keep their eggs in the fridge for some reason. I don’t know why I am saying this. It just seems peculiarly bizarre to me.”

“American accent is a cool thing here. People actually like it and women are attracted to the way we speak. I thought this was a one-way train with the thrust for a British accent in America but no, the lines go both ways. Go, players, am I right?”

“It looks like the British have an inferiority complex of some sorts in regards to not living in a global empire. They don’t own the world any longer but god forbid you to tell them that. You will be shot to death by millions of the most polite yet sarcastic comments.”

“Don’t talk to people, especially strangers about anything else than the weather. Or you can complain about the bus being late. Any other subject is taboo. It’s not that I generally talk to strangers, but they seem to speak to me a whole lot out of nowhere. You can’t imagine the look on their faces when I change the subject to something forbidden. And why? You are the one who talked to me first, dude!”

“Is it just me or is soccer an official religion in London?”

“The billing and prices here work all wrong. Or, to be more precise, they work fine here but are flawed in the US. Here is an example: you don’t need a calculator to know how much you’ll pay in a convenience store. All of the prices here have VAT included. The tipping here is also more pleasant for the customer. A tip of 10% for once is considered generous and you don’t even have to leave tip in a pub. There are also places with “service included” bills. This means that the tip is already included in the price and you don’t need to pay anything on top of that. This system works particularly well, servers earn a fair wage and the clients are not ripped off for something that should have been included in the first place. Great job, London! Hats off!”

So there were the top 10 thoughts from our clients who have moved to London some time ago. What do you think? Where any of them helpful? Were they surprising? Perhaps some of them were shocking?

In either case, they only prove that London is a much warmer, more hospital place then people give it credit for.

What are your thoughts on the subject matter? Feel free to share your experience with everyone through the comments section below!