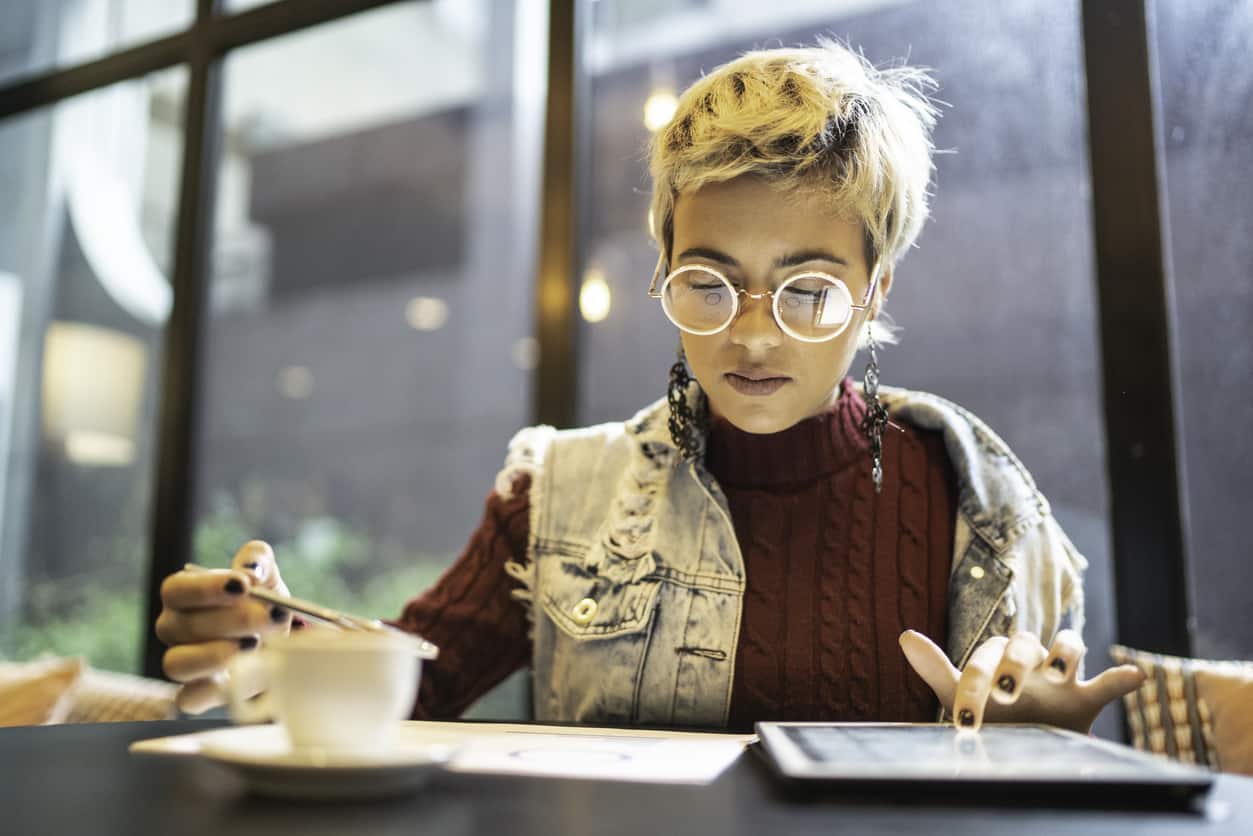 If you’re unfamiliar with FinTech and live in the UK, then you must be living under a rock. It is the talk of the town. Most people would agree that banking has significantly changed in the last two or three decades. With a new wave of tech-savvy customers, the banking landscape has changed. The days of incumbent banks and their stiff rules and regulations are gone, and a new style of banking has been ushered in. Banking has had to adapt and that’s where FinTech has come in.

With an influx of innovative solutions and an increasing number of consumers looking for new banking options, this sector is absolutely booming. Data from Innovate Finance indicate that the FinTech sector managed to rake in $3.6 billion in 2018 and while that might seem a bit staggering, consider that in 2019 that number rose to an even more astonishing $4.9 billion. Yes, that’s $4.9 billion. That makes the UK the second largest FinTech market behind the US in investment capital. Between the UK’s strong ties to financial expertise and a wealth of support to open banking, this sector shows no signs of slowing down, which could mean big returns for investors.

In the most basic terms, FinTech startups, as they are called, boil down to technology and innovation. While in decades past, consumers were reluctant to trust a bank they couldn’t walk into. They wanted the comfort of a brick-and-mortar building where they knew their money was safe. Well, those days are gone and so is the reluctance. We are in a digital, one-click-and-there-it-is-in-our-face, kind of world. Why wouldn’t our banking be the same way?

Offering banking from home solutions at just the right time, they have cashed in and gained a foothold as not only a banking option but as an investment opportunity. Information technologies have developed modern FinTech apps which are now dominating our world and wallets. They have offered a bevy of investment innovations bringing FinTech startups, or scale-ups, into high demand. 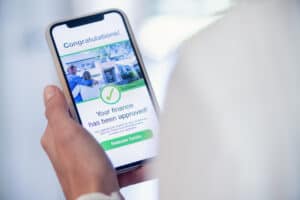 A FinTech startup has a strong reliance on technology and innovation, making them far more efficient than the brick-and-mortar old-school banking institutions. Most of their money is rendered by third parties and subscription services.

A scale-up is considered one step further along the evolutionary chain than a startup. OECD defines them as a company that has an average annualized return of at least 20% over the last three years and at least ten employees at the beginning of the period.

This FinTech company has more than 2,100 employees was founded in 2015. They have raised £627m and offer a wide range of services with their target customer base as tech-savvy mobile users. They allow money transfers in 29 currencies and offer debit cards and cash advances in 120 different countries.

They also offer overseas medical insurance and have no fees for exchanging 24 different currencies up to £5,000 a month with a withdrawal amount of up to £200 a month from cash machines.

Founded in 2014, by four ex-Google employees, Thought Machine’s primary initiative is to eliminate the banking industry’s reliance on outdated IT infrastructure. They have 450 employees and offer enviable solutions to banking needs. It offers modern cloud-native core systems for banks which are mired in legacy technology. They have scalable API-driven solutions which allow banks to offer fully customizable customer experiences and while ensuring the highest level of security coupled with virtually zero downtime. Their primary operating system known as Vault was unveiled in 2016 and has allowed them to form partnerships with IBM, Atom, Bank, and Lloyds Banking Group.

This FinTech scaleup located in London was founded in 2015 and has nearly 2,000 employees on staff. It is a digital-only banking solution which has amassed an impressive 4.5 million users since its inception raising nearly £324m in funds. Their goal is to be the best banking solution available by offering singular solutions and multiple features for their client’s banking needs. Their primary focus has been on customer’s challenges rather than selling them products and services. This allows customers to take complete control of their finances and offers far more flexibility. Investors include Thrive Capital, Goodwater Capital, Accel, and Passion Capital.

This FinTech startup was founded in 2010 and now has a staff of almost 1,000 employees. Started by a group of young entrepreneurs who looked to eliminate expensive merchant services and outlandish machine fees. They now provide merchant services to more than 60,000 small and medium businesses throughout the UK processing over £5 BN in annual credit card payments.

This FinTech startup has raised £127m in funds and boasts a staff of close to 500 employees. They offer algorithmic and human financial services across multiple types of accounts including ISAs or Lifetime Individual Savings Accounts which offer a government bonus of 25% and are tax-free up to £20,000 per year. They also offer employer-matched Personal Pensions as well. Nutmeg switched from a completely automated investment group to a hybrid financial advisory team in 2018. 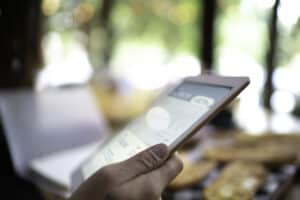 Founded in 2017 by James Herbert, Hastee offers employees the ability to access half of their pay on demand via its app. They then pay back any money withdrawn on their payday but because it is not a loan it does not affect their credit score and Hastee accepts all the risk without affecting the employee’s cash flow.

Their app provides employees with one free £100 withdrawal per month with subsequent withdrawals accruing a 2.5% fee. It also offers financial wellbeing recommendations against ill-advised spending. Their customers include IRIS, London City Airport, and Avery Care Homes.

This ‘embedded’ cross-border payment specialist was founded in 2012 and built an enterprise-level API which gave Visa, Standard Bank, and Starling Bank the ability to offer customers cross-border payment options. Raising £62 million in Series E funding in January 2020 they have coupled with Visa, World Bank Group and Siam Commercial Bank, as well as Google Ventures.

Touting a staff of almost 500 employees, Soldo was founded in 2014 offering multi-user expense accounts that allowed companies to manage their spending. Integrating web-based administration, prepaid Mastercard cards, and mobile app, Soldo has provided a singular intuitive future-ready platform. Raising £61m in funds, they have sought to end the inefficient and fragmented state of business spending. They have invested in high-end technology to develop seamless operational platforms They have Series A and Series B funding in the amount of $80m.

This FinTech startup was founded in 2013 and developed a combined loyalty app and mobile payment app for customers. Their app can be downloaded through Google Play and the Apple Store. They have amassed £44m in funds and have a staff of almost 500 employees.

Touting themselves as the finance operating system they offer a wide range of modern desktop apps which are placed on existing legacy systems. This helps financial firms get away from archaic operating systems and allow for greater flexibility. They currently have their applications running in over 60 countries on more than 200,000 desktops. Raising £13.4m in Series C funding in May 2019 their investors include Wells Fargo, J.P. Morgan, Bain Capital Ventures, and Pivot Investment Partners. OpenFin has amassed more than £31.5 million. Improving upon their digital strategy they stress interoperability amid the banking environment enabling greater productivity and more efficient operating methods.

With a staff of almost 500 employees, this FinTech Startup was founded in 2015 and has amassed £33m in funding. Their goal is to help customers in their investment strategies by generating savings. Their mobile app has won more than its fair share of awards, giving customers the tools and data necessary to meet their financial goals. There are currently over 375,000 customers utilizing their app.

Founded in 2014, this FinTech startup was founded in 2014 and boasts an employee roster of 100. WeGift has invested in the development of a platform which empowers businesses to offer digital rewards to their customers in a more efficient and meaningful way. The founder, Aron Alexander realized businesses were unsuccessful in many aspects due to their reliance on digital rewards and incentives that were simply unable to be handled adequately online. Their estimate for corporate rewards and incentives will top $700 BN by 2024. They have raised more than £4m in funding. 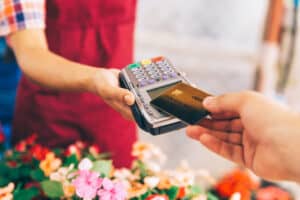 It would seem obvious there are countless options when talking about FinTech startups and scale-ups for banking and investment options. Customers need to weigh their needs and goals against the services provided by the available FinTech startup and scale-up companies. Whether it is a potential investment option or simply banking services customers are looking for, these FinTech company offerings are an incredible opportunity for the future. With the infusion of digital technology and ready-made applications in a cloud-based world, customers will find innumerable options for their banking needs and investment dollars. The future is but a single click away.