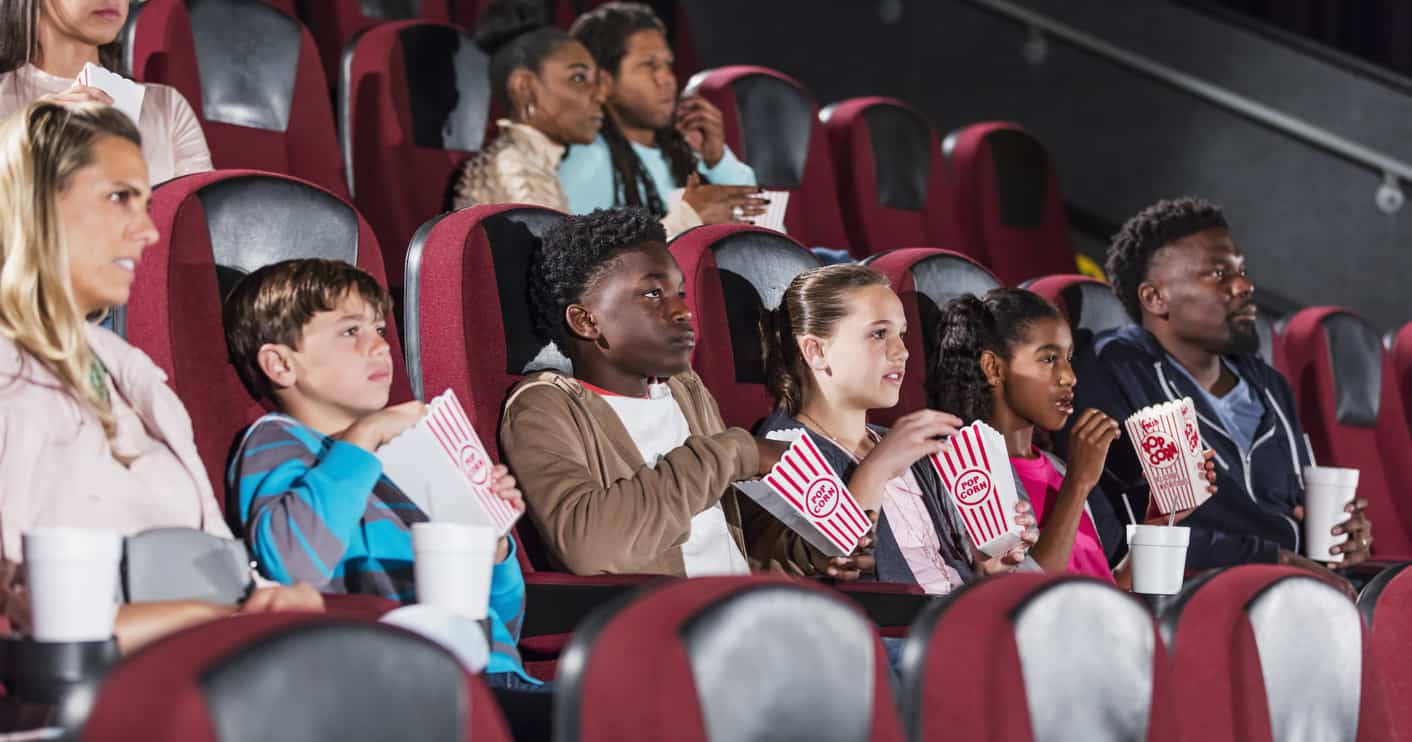 It’s no wonder that London has been used in countless books and movies. The city is a character unto itself. There is something magical that happens here. Between the history, the architecture, the elegance and the grit, London is without question a marvel. Given that Christmas is a time of gathering and socializing I thought it appropriate to compile a list of Christmas movies set in London that might be a welcome endeavor on the winter nights when family is in town and looking for something to do. There are more than you think. Some of these movies were in fact based upon books. So, it could be a double-duty list in those cases.

So, how easy was it compile the list? Well, it was harder than I’d originally thought. You see, I was considering books when I thought of movies that were based on Christmas stories and set in London. So, I handicapped myself. The movie industry is dominated by the United States and its Hollywood elite. It seemed almost sacrilegious to list American films in a list about Christmas movies set in London but it’s exactly what I had to do. There’s nothing wrong with American film, nor their portrayal of London, England, some of the films in fact get it just right with regard to actual life in London.

All right so let’s begin the list. These are by no way in any order from worst to best or best to worst or longest to shortest or biggest grossing or any such hogwash. This is just a list in the order that they came to mind which might very well explain why they are jumbled and in no way related to any ranking. So, without further ado, please enjoy perusing the list and find a movie to your liking and maybe think about sharing it with family while visiting for the holidays. 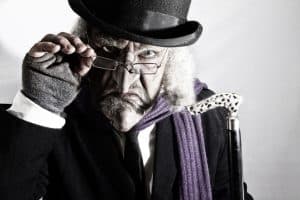 Yeah, well this one is obvious, isn’t it? I mean, how could it not be on the list, right? In the case of A Christmas Carol comes in a variety of flavors and almost countless versions. You can pick any that you like. The most recent retelling of the tale was from Disney Studios but all versions no matter when they were produced and filmed have one thing in common. They all stem from the imagination of London’s own Charles Dickens. My personal favorite might make you scratch your head but I don’t really care. My favorite retelling is the Muppet Christmas Carol simply because of the way Gonzo says the original Dickens’s line of “And to Tiny Tim who did not die.” Yea, there’s probably something wrong with me but I absolutely love it. The masses seem to disagree however. According to recent surveys, the version held most dear by viewers is in fact the UK’s 1951 Scrooge which starred Alastair Sim in the title role.

The Holly and the Ivy

While I haven’t seen this one, it is widely considered one of the most underrated Christmas films of all time. In this 1952 film, an English minister and his entire family who have suffered through the horrors of WWII are reunited at Christmas.

A Child’s Christmas in Wales

This is a 1987 made-for-TV movie based upon the Dylan Thomas poem of the same name. It is a nostalgic reflection on childhood Christmases.

This one needs no introduction, becoming a hit on both sides of the pond for America and the UK.

Okay, okay, I know, I know. Please don’t argue the point. I realize that this one is a 50/50 split because a British woman and an American woman swap homes for the holidays. Despite that, the American woman falls in love with British man and the British woman falls in love with an American man. That’s it in a nutshell and I still say it deserves a spot on this list. So, there.

While I haven’t seen it yet, I have read the reviews and the synopsis and it belongs on the list. It is a comedy about two competing British schools over who has created the best nativity play. What’s not to like?

Calm down now. I can see you throwing your arms up in the air, ready to complain. Yes, this is an American film, but is has a singular British cast. I mean, come on. It has David Niven, Cary Grant, Gladys Cooper, and Elsa Lancaster for crying out loud. Just watch it and tell me if it doesn’t have a British feel to it. For me it does. As for a synopsis, an angel answers a desperate bishop’s prayer and in doing so teaching the bishop a lesson in what truly matters most in life. I can’t tell you what it is. You’ll just have to watch it for yourself.

Right, so I hear you on this one. I realize that it might not have a British cast or even set in London but I feel like it still should make the list. Why? Well, because of the international spirit of things so it’s on the list. This story involves Scottish—so kinda UK, right?—French, and German troops set aside their differences and pause the war to share Christmas Eve during WWI.

I fully understand the arguments for not including this one on the list, but someone the wicked laughing from deep within my soul won’t let me take it off. This is a horror movie from 1984 and involves Scotland Yard investigating the murders of numerous Santa Claus all over London. Hey, come on. Give it a try it might become a favorite.

Chronicles of Narnia: The Lion, the Witch, and the Wardrobe

Part of the Witch’s curse over Narnia is that it experiences eternal winter but never Christmas (Father Christmas himself also makes an appearance). The Pevensie children who rescue the land originally hail from London, and real-life series author C.S. Lewis was born in Belfast, Northern Ireland and lived much of his adult life in Oxford, England.

Well, if nothing else, this movie taught Americans that sweaters were in fact known as jumpers on this side of the pond.

Come on, this had to make it on the list. We get to see Harry open real Christmas gifts for the first time at Hogwarts. How does that not warm the cockles of your heart? 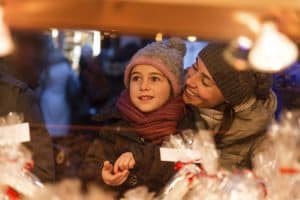