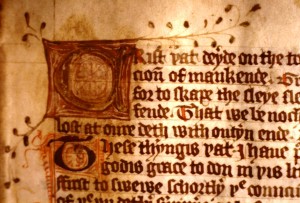 Relocating to the exciting city of London is an adventurous experience that opens up a world of history, culture, and wonderful places to explore. Our consultants can assist you with finding flats in London as well provide orientation and help you locate some magnificent sites to visit.

If you’re a literary buff, we are providing a listing of some choice spots to visit near flats in London so you can fully appreciate London’s rich literary legacy. Special sites are marked by plaques that are usually blue in color (although some are brown). At such venues, you will find landmarks that house remnants of both cultural and political figures that have influenced the city throughout its history. You will find represented such prominent authors as William Makepeace Thackeray, T.S. Eliot, James Joyce, Ezra Pound, and many other. A complete listing of blue plaque sites is available at the website of English Heritage (http://www.english-heritage.org.uk/discover/blue-plaques/).

Shakespeare, of course, is one of the most celebrated literary heroes in London. Any literary fan relocating to flats in London will want to take a tour or even attend a show at Shakespeare’s Globe Theatre.

The theater was reconstructed in 1997 on the original site and with both materials and building methods used in its first construction. Daily guided tours are offered every 15 to 30 minutes in the off season and summer mornings with performances occurring during summer afternoons.

Practically anyone who was someone in London has been laid to rest in Westminster Abbey. The church, cloisters and tombs of famous royalty such as Queen Elizabeth I or naturalist/scientist Charles Darwin are all worth a visit. However, literary fans will want to meander to Poets’ Corner where such literary geniuses as Keats, Dickens, Milton, Chaucer, and others are laid to rest or memorialized.

The home of Charles Dickens can be toured at 48 Doughty Street where he lived from 1837 until 1839. Dickens penned Oliver Twist here as well as finished his work on The Pickwick Papers. You can view a collection of Dickens’ personal items, manuscripts, original furniture and the study where he spent his time writing.

Once a resting place for those deemed unworthy for the grounds of the Church of England, Bunhill Fields was later opened for others. Today, those visiting from flats in London will find such souls resting here as Daniel Defoe, John Bunyan, and William Blake. Located at the bottom of Bunhill Fields, you’ll find a home where Milton was living when he penned his famous poem Paradise Lost.

Besides housing more than 150 million literary items, the British Library also holds original manuscripts from a variety of literary masters including Lewis Carroll, Jane Austen, James Joyce, the Brontës, and Angela Carter. You can even view rare manuscripts like the original Alice’s Adventures Under Ground by Lewis Carroll and others via electronically supplied copies.

In order to locate beautiful flats in London close to these and other wonderful literary sites, or to gain help with your relocation, contact one of our friendly and professional consultants.