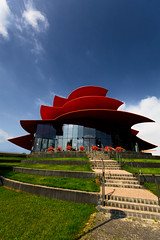 Lords and Commoners; Tories and Labor – Just a few of the most common terms you’ll hear after your relocation to London. Getting grips with politics is part of getting settled into your new home. It may be wise not to comment on the sad state of politics and politicians and compare them to your home, but you’ll want to be clued up on what is happening in the country you are living in.

The play “Yes, Prime Minister” has just been extended until November 19 2011 and if you have not yet seen this stage adaptation of the hilarious TV series you’re in for a treat. It’s billed as a comedy, but the poor hapless Prime Minister, played by Jim Hacker is thrust into political and international situations all led by the shadowy Cabinet Secretary Sir Humphrey Appleby played deftly by Simon Wilkins.

Reminiscent at times, of a “wag the Dog” scenario this is the perfect opportunity to understand the structure of the British government. “Yes, Prime Minister” is on at the Gielgud Theatre in the West End.

It might seem like a tall order to ask you to get acquainted with British politics when you are struggling to get settled and find an apartment, but politics is central to life in London. Westminster is the seat of the British Parliament and living in certain areas of London is a little bit like living in Washington DC!

Politics can play an important part in your local neighborhood after your relocation. Your local council which controls every aspect of your neighborhood services is headed by people who have the ear of your local Member of Parliament. There are areas that are strictly Tory (Conservative) and areas in the city that are run and have been run by the Labor Party for hundreds of years. For Americans moving here it will be akin to areas of the USA that are strictly Republican or Democrat.

Politics, the weather and what ‘Jordan’ is up to this week will fill a lot of time and talk around the water cooler after your relocation. The more you know, the sooner you’ll be one of the gang.