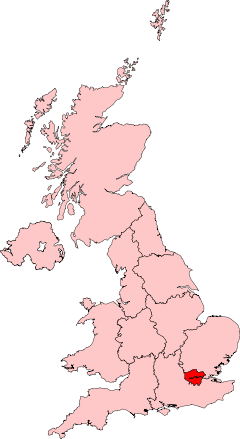 For those relocating to London, here comes the harrowing conclusion to my series of personal journal entries upon first moving to London in 2008 (see the previous posts starting from here)…okay, maybe I exaggerate how high-level of interest this may be, but it really is what I wrote. Sorry if I wasn’t an exciting expat writer at the time…or ever since. In any case, written about my first month here, hese entries have covered my three-week experience staying in short-term accommodation in London hotels as well as the torturous two weeks that I spent viewing London apartments without the help of a London relocation agent, which would have saved us tons of time and money (hint-hint). And now, if you’ll kindly give me a drum-roll, I’ll share the remainder of the miscellaneous observations I had made as a brand new American expat in London (emphasis on “miscellaneous”):

Other random observations/doings in our first weeks: Where television is concerned, we haven’t had that much exposure, but enough to surprise us over how much U.S. Presidental coverage there is (and, of course, we arrived here just as the economic shite was hitting the fan everywhere in the world) and enough to engross us in a new favorite realty show, “Coach Trip.” Further, the Cadbury “Twisted” candy bar commercial holds ridiculous power over me, actually managing to break through one of my infamous cold shoulders and render me giggling uncontrollably. Regarding the shops, if you eat in at Starbucks, you are served in an actual ceramic mug, there is a T.J. Maxx equivalent named T.K. Maxx (for whatever reason), and we have found our grocery options to be Marks & Spencer (higher end, but great ready-to-cook/serve prepared meals), Sainsbury, Somerfield, and Tesco. I had a giggle the other night when I opened our carton of eggs to see, plastered to the side of one, a white feather—these English eggs must come straight from the chickens’ vajayjays! We have found a Home Depot equivalent in Homebase, where we purchased topiary boxes and plants to plant ourselves for our window ledges. Perhaps my most precious shopping experience so far, though, has been the purchase of a special little bear from Darkest Peru at the real Paddington Station. I also bought a fabulous scarf at a little boutique on Portobello Road in Notting Hill.

Well, for whatever in the heck that’s worth. 🙂 Just thinking of that Cadbury ad still makes me giggle, and it wasn’t long after gifting my nephew the Paddington Bear that month that I found myself back at the official kiosk in Paddington Station purchasing another one as a Christmas gift for his mother, who might have otherwise stolen it out from under her own kid in his sleep. I still find feathers on my eggs now and then, and I continue to *heart* Portobello Road and Notting Hill in general, as it’s the fabulous locale of London Relocation, but of course, and honestly a big fave of American expats moving here-we show flats there all the time! Now, my journal does go on to chronicle some local UK weekend excursions that we made early on, but I think you can use a break from my “Dear Diary,” no? I thus conclude my lil’ “Moving to London: The American Expat in London Diaries” series and hope it at the very least showed you some glimmer of my sincerest, deepest felt empathy for you as you make your own move here.