Moving to London: From the Big Apple to Big Ben (Part I) 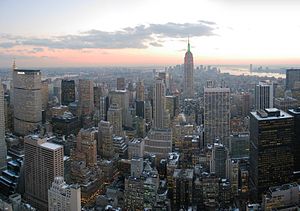 London Relocation has had a sizable percentage of clients moving here from New York. I personally have New York City on the brain these days because I’m heading there tomorrow! Indeed, I’m writing from Stateside already as I’m visiting my folks in Chicago before spending a long weekend on the east coast with a couple of my best girlfriends. So excited! I haven’t been to NYC since my husband and I were still engaged and I was visiting him where he lived at the time in Manhattan—where he lived, in fact, until we relocated to London from the US together shortly after our wedding.New York is consequently a source of great nostalgia for me. My husband and I created many fond memories there as our relationship developed beyond the solid friendship we’d had for many years when both living in Chicago. New York was always, actually, the city I’d assumed I’d be moving to from Chicago when we were married until a job opportunity took us to London instead. Do I regret that? Not at all. Given the choice, London wins over New York for me, hands down. Yes, I © NY like everyone else, but I love London more.

Though I myself never lived in New York, I visited frequently enough to see for myself the observations my husband had also made as an NYC resident of over four years. New York has a vibrancy that is alluring at first, that’s for certain; it’s an energy that makes you feel alive and in the middle of it all for a while until you realize that the energy is actually intensity (or “neurosis,” as I believe Evelyn Waugh put it in his novel Brideshead Revisited). New York—or Manhattan, at least—is “need that done yesterday,” putting in your face time whether it’s productive or not, and going places to see and be seen, in my estimation. I like to get dolled up as much as the next lady, but Manhattan was never a place in which this Midwest gal felt totally comfortable sporting her good ol’ baseball cap. What it was, though—what it is—is a cultural as well as financial center, the intersection of nationalities as a historical port of immigration. It’s cosmopolitan, fashion-savvy, and the fruition of history and where history is still made.

It also offers access to breathtaking natural landscapes just a short drive outside of the downtown, both in New York State and New Jersey, perfect for if you’re outdoorsy and enjoy hiking, biking, camping, etc. Likewise, as a major hub for flight traffic, other cities and states become that much more accessible. Nice retreats, then, to escape the teeny tiny New York apartment you might be living in and spending a fortune on, akin to rent prices for London apartments.

That is among what it does share with London…London just takes it a step farther.

I’ll share with you in what ways I feel it does tomorrow, in hopes that it makes you feel even more excited about your London move, especially if you’re relocating here from New York!