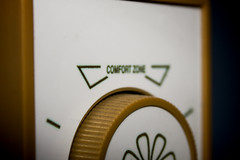 I just love the camaraderie among London expats :). Everyone who moves to London from outside the country (which I suppose would apply to any international relocation) shares an automatic empathy, and people (like me) who wouldn’t normally network with strangers online suddenly shed their introversion and/or biases of such a thing and hop into the expat forums! Our London Living social network for London expats (which is celebrating its one-year anniversary this month, woo-hoo!) is continuing to prove a useful resource for people researching their move to London—from understanding visas, finding a job, figuring out where to live, how to ship everything over, etc., it’s invaluable to have this community to get your questions answered by people who know what you’re going through. Likewise, the network has served to bring like-minded people together who have already relocated to London and still need some questions answered or at least some support as they adjust. Sometimes you need to take baby steps right out the gate.

It’s interesting, though, that I should happen to be reflecting on this topic to write about only to first notice now that my blog partner, Belinda, has addressed the same thing today, but from an alternative perspective. If you haven’t yet read her “Living in London – Differences Between the Cultures” post, please do, as she makes an excellent point that the best thing for an expat to do is not simply fall back on recreating one’s own culture within a new environment. Rather, put your crutches down and immerse yourself in the local population and its culture outside your apartment. Especially if your relocation is only a temporary move before you return home, you’ll want to maximize your education and growth from it.

With this in mind, then, consider expanding your social networking efforts beyond just those forums of the “American Expats in London” variety to extract yourself from the comfort zone, from depending on everything you already know, as Belinda says. And even beyond getting to know the local British citizenry, you can still draw from the expat empathy by interacting with expats from other countries as well. This is a highly diverse city, and a significant portion of its population comes from abroad, with the spectrum of continents represented. It’s amazing to learn from other cultures and observe how they likewise adapt to the UK, and your shared expat status gives you that much more common ground. Who knows, after your move is a smashing success, the people you meet from countries outside England might become great friends or business contacts that inspire your next move abroad!