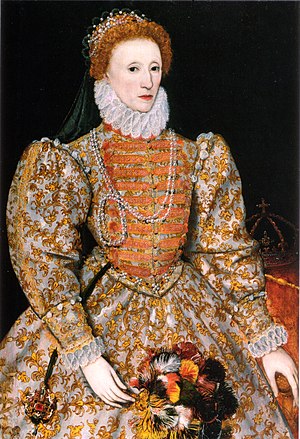 Living in London means that you are living in one of the most historical cities in the world. For certain, there is no other country that has had more influence on the way we live today. Finding our about the history of your new country is going to be one of the most fascinating parts of your adventure when you’re moving to London.

An Entire Era Named For A Queen

Oddly enough, you don’t hear much about The Henryian era of British history, despite Henry VIII being one of the most infamous rulers of England. Ever heard of the Charlesian era or the Williamian era? Probably not. Two of the greatest times in the history of England have been named after the Queen’s who ruled over this small island nation. The Elizabethan era and the Victorian era have become part of the world’s history and are indicative of the power and might of these famous Queen’s.

Possibly one of the most important era’s in terms of the exploration of new ideas and ideals. The reign of Queen Elizabeth I was the age of new thinking, and a renaissance of invention and industrialization. I like to think of the Elizabethan era as the very start of the information age. The first printing press was invented and used during this age and that was the start of a massive flow of information around the world and around the world. The printing press was not an English invention, it was invented by Johannes Gutenburg in Germany, but it is a tribute to the free thinking spirit of the times that encouraged invention and exploration during the reign of the powerful world leader. This was the era of Leonardo Da Vinci, Francis Bacon and many other scholars, scientists and artists. This was the age of William Shakespeare and essentially, the development of theatre in England which has influenced the world. In many instances the Elizabethan era is known as the Golden Age of England. This is of course, no reference to the blond Queen at the head of the realm.

Queen Elizabeth I was born in 1533 and was named Queen of England and Ireland from 1558 until her death in 1603. She was the daughter of Henry VIII and was the last monarch of the Tudor dynasty to become a monarch of England. Before you get the idea that King’s and Queen’s of the world have it easy, consider how Elizabeth came to power. She was the daughter of Ann Boleyn and through born a Princess, she was declared illegitimate after her mother was beheaded on the order of her father. Sound like a soap opera yet? It gets worse.

Her brother Edward VI gave the throne away to Lady Jane Grey so none of his sisters could ever reign. But after a massive legal battle worthy of its own TV special, the will was set aside and Lady Grey was executed. Elizabeth came to the throne after being imprisoned for a year during the bloody reign of the Catholic Queen Mary.

Despite her early hardships, Elizabeth was determined to bring peace to her nation and she achieved this as well as promoting the Renaissance in England. England under Elizabeth was an exploring nation. New ideas in science and art as well as the exploration of the globe under Sir Francis Drake led to England becoming a world power and the start of the British Empire.

Elizabeth is sometime referred to as the Virgin Queen because she never married. Some say she was in love with her childhood sweetheart Lord Robert Dudley, but many say that she was encouraged to use her unmarried status as a part of a good foreign policy. Forever dangling the bait and potential alliances. She became somewhat of an icon for chastity and virginity and spawned an entire era of poetry and art devoted to purity. To the very end, Elizabeth was portrayed as married to her country. In 1599 she stated “All of my husbands, my good people”