Living in London – The Real Cost Of Food 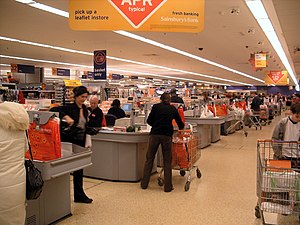 If you are contemplating a move to London, then you should be aware that it is one of the most expensive cities in the world to live in. No getting around it and it can be made even worse if you are spending your local currency. You can drop £ 1000 here in a couple of hours if you are not careful. It is always wise to come up with a budget of how much you have to spend during the first few weeks of living in London. You will have additional expenses anyway, due to relocating to London, but having an idea of how much money you have to spend while you are getting settled will ensure that you do not have any nasty surprises when your American credit card comes at the end of the month.

One of the most important and often forgotten costs is that of food. Everyone has to eat and you do not want to be spending hundreds of pounds eating out every night, but if you are not careful then you might fall short on your grocery bill at the end of the month. For newcomers to London the cost of food may come as a shock, but once you are earning in pounds and you have a great budget in place then you will be able to factor in the rising costs of food in the city. In effect, eating in London can be as expensive or as cheap as you want it to be. Take away (take out) every night is very expensive and you can get a week’s worth of groceries for the price of a meal at a top restaurant. Makes you think doesn’t it.

For a family of four you can get away with paying about £100 per week for groceries. Just be aware that the convenience store on the corner will be rather more expensive that heading off to a large supermarket. The cheapest supermarkets in London and indeed England are Asda, Somerfield and Iceland. The mid range supermarkets that have an excellent selection of fresh produce and a wide range of different foods are Sainsbury’s and Morrison’s while the top of the range supermarkets that have a lager range of items including imported products, are Marks and Spencer, and Waitrose.

You are able to order your groceries online from most of the larger supermarket chains, and they will deliver to your home for a small fee, but it is probably better to get out there and experience all of the great food and fresh produce that London has to offer. If you are feeling adventurous then your absolute best bet is to head down to the markets that sell fresh produce and other fresh food from the surrounding countryside and farms in England and even Europe.