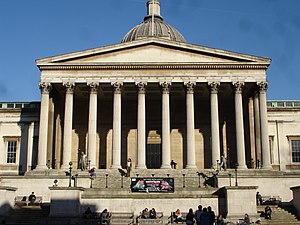 If you’ve just managed to complete your relocation to London, then you may have already noticed that one of the most exciting aspects of the city is the diverse mix of people and cultures. And not just when it comes to restaurants and the different styles of food they offer, although I don’t think that anyone could argue against the vast difference that the influx of Indians to the city has done for Fridays nights. No, just in terms of the enormous number of different cultural influences that the city experiences and how this must affect day to day living. In a day going to and from work you’re likely to come across a selection of people as diverse as Jamaicans, Ghanaians, Cypriots, South Africans, Australians and Americans. If you’re very lucky, you might even bump into a few English people.

This obviously has a great deal to do with the fact that London is a city that offers a great many things to a great deal of people. It’s a financial capital, it’s vastly attractive in terms of what it offers for arts, culture and entertainment and is a city that seems amazingly open to absorbing any number of people that visit it. Given that there are over forty four thousand Americans living in London, you shouldn’t struggle to find and meet people from back home. But what’s particularly appealing about London’s diversity, is the opportunity it offers you to expand your experiences with different cultures and peoples. With eighty thousand Jamaicans, sixty six thousand Kenyans, and nearly forty thousand Germans, it’s a wonderful chance to meet the kind of people you otherwise wouldn’t have the chance to get to know.

Better yet, it’s the kind of thing you could happily experience just around the corner from your place, while not making the effort or spending the money you’d have on spend on travelling. You can get to know people of different nationalities and backgrounds and not even have to leave the city. As such, relocation to London can also mean broadening your horizons like never before.