Living In London – Real Londoners Are Born In… 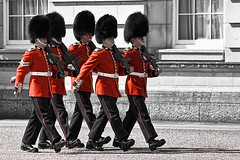 When you’re living in London you’ll quickly realize that this is one of the most diverse cities in the world. England is home to millions of immigrants who have made England and the English way of their life their home. Many Canadians and Americans moving here are following in the footsteps of many that have gone before them.  This is a city of travelers and while people do tend to stick together, at least when they arrive here, you’ll soon find that this cultural diversity is what makes London the fascinating city that it is.

It does not matter what area you choose to live in, you’ll be able to mix with people from countries all over the world and enjoy learning about different cultures and customs. There are over 300 languages spoken here, and this is truly international city. The biggest group of immigrants has got to be people of Indian and Bangladeshi origin, followed by the Chinese and the Jamaicans. There are a number of smaller groups of people, and you’ll find a representative of just about every nation on earth. Australians, New Zealanders and South Africans make up a huge percentage of the population of young people.

The importance of the immigrant population has had a lot to do with the fortunes of the city and making it the city that it is today. You can find flea markets and restaurants as well as shops from different countries; you just need to step out of your new apartment and experience everything that this city has to offer. Each neighborhood has something different, something unusual and something interesting to offer. From street festivals from Jamaica to authentic Indian restaurants in the east End, you won’t find anything that is traditionally local. Once you’ve visited Buckingham Palace and the Tower of London, it’s time to break out and see the city from the perspective of a Londoner.

If you’re living here, you can call yourself a Londoner, no matter where you come from!