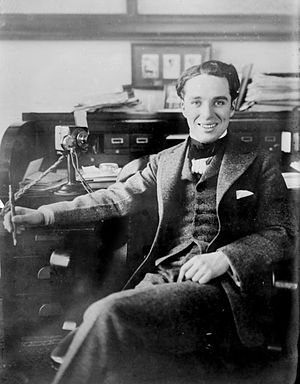 You’ll soon learn when you are living in London that this is a city for celebrity spotting. It is something of a tribute to Londoners themselves that many celebs are able to lead more normal lives in England. While the paparazzi are always ready to capture the perfect photo, there is not the sense of frenzy surrounding celebrities living here. Now that you are moving to London you will be able to casually ignore (while gawking) the many celebs who have made this home.

Their London apartments may be larger and their wardrobes more expensive, but celebs living here really do try to blend into this busy city. If you’re looking to get to meet some really famous people then there are a number of bars and clubs that have a fair sprinkling of celebs. Of course, by the time you’ve discovered them, they may have moved on to the next hot and happening place. Keeping up with celebs living here is hard work.

By the way, just in case you think this article is slightly tongue in cheek, I once followed Hugh Jackman for about three blocks, and onto the tube. It happens to the best of us!

The most famously famous people who have chosen to make this their home all tend to live in Chelsea, Kensington and Hampstead, so if you’re in the market for some famous neighbors then these are the places to rent your new apartment. Madonna and Gwyneth Paltrow are residents and rumor has it that the famous songstress and entrepreneur has a home in Notting Hill, or is it Mayfair? We’re not telling! Johnny Depp has a home here as does Kevin Spacey who has made this Theatreland his home and life’s passion.

But it’s not really all about famous celebs from around the world who have chosen this city as their home. After all they are a bit like you in choosing to live in one of the world’s most fascinating cities. There are a number of famous locals who have made the world’s headlines and have had a massive impact on the entertainment and arts on a global scale.

Historically, one of the most famous residents was the writer Samuel Pepys. His accounts of life here, and especially the Great Fire of London have been an important part in recording the history of the city. William Shakespeare, who played such an important part in the establishment of the theatre in England, was a notable resident. The Bard has had possibly the greatest influence on the entertainment world. Much of what we consider entertainment today was pioneered in his plays and shows on the stage. I can continue…Charles Dickens, Alfred Hitchcock and even Charlie Chaplin are natives who have influenced the art world and continue to inspire and thrill to this day.

The most important part about being a celebrity citizen is that the city inspires greatness. Living here will inspire you to shine, no matter what field you are in. Perhaps that is what draws so many notable notables to the city of London.

You’re one of them now – live a great life and be inspired!