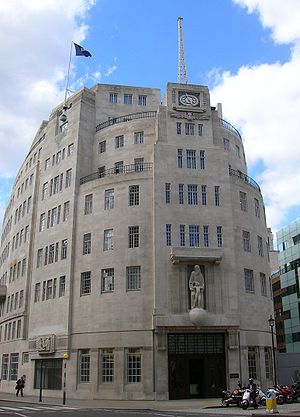 If you are moving to London, expect to pay a licence fee to watch public broadcasting on the TV. The BBC (British Broadcasting Corporation) provides television programming, radio and internet services across England and uses the funds from licence fees to keep it in business. While other networks and media companies raise their revenues through advertising, the BBC differs in that it relies entirely on funds collected from licence fees.

The yearly cost of a TV licence in Great Britain is £142.50 for a colour TV.  If you own a black and white television, you can licence your programming for under £50 (and yes some people still have them!) You can either pay your licence fee on an annual basis or you can pay it using one of the varied payment options that are available to everyone across the country. The monthly option is somewhat complicated. You’ll pay about £24 per month for the first six months (covering your first year of fees) and then £12 per month from the seventh month onwards which takes care of next year’s licence fee. The best thing to do if you’re going to be living in London for a few years is to set up a debit order from your bank account so it’s all handled electronically.

One thing to be aware of is the penalty of ducking out of paying your licence fee. The Brits take their BBC license fees seriously. Detector vans are used to pick up signals from properties in and around London and the fine for not having a valid licence can be as high as £1000. Even if you do not have a television and watch the broadcaster over the internet or on your mobile phone, you are still liable for the licence fee.

Fortunately, the BBC is one of most highly respected broadcasting corporations in the world and offers groundbreaking programming without on a regular basis.  From the best English language news programmes to their innovative comedies and dramas, the small cost of a licence fee offers a truly exceptional value.