Living in London – Off the Beaten Path 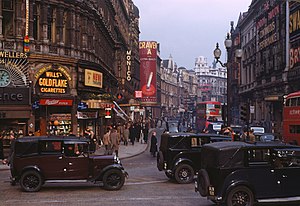 I think it’s safe to say that after living in London for some time, you’d be quite familiar with the famous tourist attractions that the city has to offer. Piccadilly Circus, Trafalgar Square, Buckingham Palace and Regent’s Park will leave you feeling a bit ho hum after a while, particularly if you’re the kind with your very own London flat. Worry no more, for there is more to London than these admittedly worthy attractions. Swing on over to Islington, which is a fun and vibrant mix of bars, restaurants and boutiques, and where you’ll find all and any kind of food and beverage. There’s also Brick Lane, which has reformed itself from the grim and downtrodden character which coloured its past for so long. The area has become renowned for its curry restaurants, a tasty reflection of the area’s influx of immigrants from the east. Over in Neasden, tucked away amongst the factories and the warehouses, is the world’s second largest Hindu temple. Complete with elaborate designs worked into its walls it seems dream-like given its industrial home.

And if the temple’s serene interiors haven’t left you as relaxed as you’d hoped, head on over to Queensway, where you’ll find Porchester Spa, a spa complete with Russian Steam Rooms, a Finnish sauna cabin and Turkish Hot Rooms. And if you don’t mind throwing out a bit more, you can even get a massage to help work out your worries. For something even more clandestine, plot a course for Chelsea’s 606 Club, a restaurant cum Jazz venue. The door won’t exactly scream for your attention , so do make sure you’ve got the right place (90 Lots Road SW10 0QD). With good food, fine wine and a top notch selection of the finest jazz London has to offer, 606 may be a secret, but with what it has to offer, it won’t stay that way for long. And if you must know everything there is to know about the city’s history, head on over to the tastefully monikered Farting Alley for a history lesson in how 19thCentury London lit its gas lamps. For anyone living in London, there’s nothing quite like going off the beaten path while all the tourists fight for space on London Bridge and crowd Westminster Abbey.