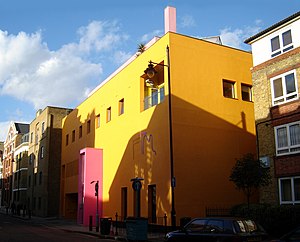 While living in London you’ll undoubtedly visit the British Museum and the National Gallery as well as other well-known museums located throughout the city.  After that tourist list of must-sees has been exhausted consider visiting some of the lesser known places where British history is alive and thriving.

This quiet little museum located at Canary Wharf is home to all things related to the River Thames from the Roman Era up through current times.  Visitors can learn about the role the river played in London’s history and development as well as how London’s ports have changed over time.

A unique and hidden gem located in the delightful neighborhood of Southwark, the Fashion and Textile Museum is dedicated to all things British fashion from the 1950s forward.  Typically, they have one main exhibit along with a few smaller side exhibits.  All fashionistas should make it a point to learn about London’s rich fashion history.

Especially wonderful for American expats who have a hard time understanding the impact of World War II on the British people, Winston Churchill’s Britain at War Experience is a moving recreation during the London Blitz.  The exhibit is hands on and full of multimedia special effects.

A branch of the Victoria and Albert Museum located in Bethnal Green in the East End, this lovely museum can take anyone back to the glory days of childhood.  Devoted to the admiration and exploration of childhood the museum is great for all ages and guarantees a fun time.  While living here Americans should make the time to explore how the young have played for centuries.

Many people forget how rich and full of history this city really is.  Even though the city can seem overwhelming at first everyone should visit as many cultural centers and museums during their time here.  Often times it is the lesser known places that have the greatest impact on Americans.