Living in London – English is Not Always English 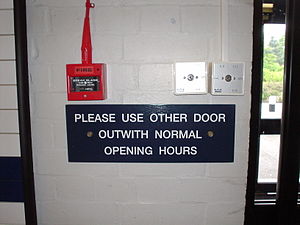 If you are moving to London then you might like to know that there are a number of differences between the way that English people speak their native tongue and the way that the rest of world speaks the language. The English language is a complex language, sometimes made more complex by the wide variety of regional accents. London, as one of the most cosmopolitan cities in the world, is full of people, who speak many different languages along with English, but just about everything in London is in English, and knowing and understanding the language will make your trip a lot easier!

Many of the main tourist attractions around London provide written or audio guides in a variety of languages including French, Spanish and Japanese and may provide guided tours around their attraction with guides who speak a range of languages.

Most language confusions come about through either the English habit of using phrases which can’t be literally translated- “Stone the crows!” isn’t an instruction to chase birds with rocks, but an expression of surprise-or by the fact that a lot of English words have one meaning in England and another in other countries, especially the USA. It’s worth knowing a few key ones: a torch is a flashlight, a lift is an elevator, a bum bag is a fanny pack, football is soccer, autumn is fall, a mate is a friend, a fag is a cigarette, chips are French fries, biscuits are cookies, rubbers are erasers, jam is jelly, Casualty is ER, holidays are vacations and city centre is downtown.

Many tourists visiting London will have read about Cockney rhyming slang and be eager to hear it in common usage. It can be tricky to pick up because a lot of the rhyming phrases have dropped a word off the end and have become common words- for example your ‘barnet’ comes from your Barnet Fair (hair), my old ‘china’ comes from ‘China plate’(mate), take a ‘butcher’s’ comes from butcher’s hook (look) and so on. As a tourist, though, it may be better if you stick to listening out for rhyming slang, rather than trying it out on the locals!

Don’t be surprised if an English person answers you and adds ‘love’, ‘sweetheart’, ‘mate’, ‘darling’ or ‘duck’ on the end. It is perfectly normal and natural in England and not meant as a personal comment to you, just as a friendly addition. The British are very aware that they are a United Kingdom and prefer to be called English, Welsh, Scottish or Irish than ‘Brits’. English people really enjoy a dry, ironic sense of humour and like to enjoy a joke, occasionally at a tourist’s expense!