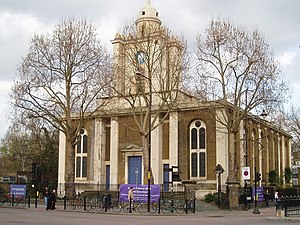 When you’re an American moving to London, you’ll want to know as much as possible about the different areas of London and while not many expats venture beyond the borders of the tourist hotspots and North or West London, it is very worth your while to explore all that London has to offer. The East End of London has traditionally been considered one of the poorest and dilapidated areas, but urban renewal and massive money into the area has meant that the demographics of the area have changed.

When you’re looking for an apartment rental that is reasonably priced and still close to the heart of the business district then areas like Bethnal Green and Limehouse are great choices. The East End has an immense amount of character and the landscape has changed immensely from the gangster reputation of the 1950’s and 60’s. It’s a thriving area with trendy hotels and upmarket restaurants as well as great outdoor markets. If there is one word that can be used to sum up the character of East London it is: Community.

Brick Lane is a thriving, vibrant market and the heart of the Bangladeshi population. You won’t pick up fine antiques, but if you’re in the area you have to try a fantastic curry at one of the local eateries. Petticoat lane is a flea market held on Sundays in Whitechapel which is the heart of the East End.

If you’re looking for real East Enders and a dose of cockney culture then Stepney is probably the only remaining enclave of Cockney families who have remained in the area and are still living here. Of course everyone who is anyone in East London claims to be related in some way to the notorious Kray twins, who ruled the underworld during the 1950’s. It’s developed somewhat of a cachet to be a true local these days.

The east end is going to be the host of the 2012 Olympic Games, which will bring even more money and development to the area. If you’re living here you simply have to visit the East End for some real culture and color. So get out of your flat and head East!