Living in London – Differences Between the Cultures Part III 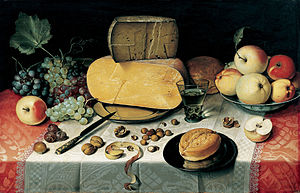 You are moving to London. This can be the best of worst time in your life depending on your attitude. It can be a grand adventure or your worst nightmare. It all depends on how you approach this time. There is no point in spending the entire time in London ensconced in your London rental apartment watching the world pass you by. You have to get out and start living life as a Londoner, not as an expat. There are subtle differences in etiquette that you might find different, if not a little strange, but if you fully immerse yourself into the culture of London and England, you will find that your time here is an enriching and rewarding one.

There are some quite big differences between the way that English people eat and the way that people from the United States eat. While we have discussed the fact that some of the foods have different and often confusing names, even the way that cutlery is held is different. In America and many other countries in the world it is customary to eat to cut up ones meat with a knife and fork and then place the knife on the side of the plate and use the fork as the main eating utensil. Things could not be more different on this side of the pond.

In England, it is customary to use both the knife and the fork at all times. The fork is held in the left hand, with the tines facing down and the knife in the right hand. You use the knife and fork to cut the meat and then use the knife to move food on to the upturned fork, to eat. This might sound like a small difference, but British people take their table manners very seriously, and if you are at a formal dinner or society event then you may want to consider amending your table manners. English people even use a knife and fork to eat their chips, commonly known as French Fries in the United States, whereas Americans tend to use their fingers. If you visit a Chinese restaurant in London, either you’ll have to learn to eat with chopsticks or you will have to ask for a fork to eat your meal, the reverse is often true in America.

The biggest difference though, is in the time it takes to eat a meal in a restaurant. In America, things tend to be much quicker than in London where it is customary to spend up to four hours lingering over a meal with friends in a restaurant. There can be up to an hour between courses if you so choose and there is absolutely no urgency to hurry and finish your meal. You will be brought the bill, called the check in America, on request, not immediately at the end of the meal.

Bear these little things in mind when moving here and you will feel much more inclined to go out and enjoy yourself. Meeting new people and learning about the different cultures that exist in countries around the world can make the time you spend in London into the best time of your life.