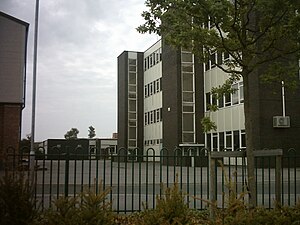 With thousands of Americans moving to London and Canadians moving to London all of the time there are a number of schools in London that have been established to cater to families who wish their children to continue with the American style of schooling. If you are moving to London with our family, this may affect where you choose to rent an apartment in London and the transport factors in getting your children to school. If you have young children, it might be wise to let them attend a local school so they can make friends with children of their own age and integrate more fully with the community. For those who have children that are older, you may choose to continue with the American style of schooling especially if they are nearing college age and are intending on going to a college in America.

The American School in London is probably the best-known school that follows the American syllabus and the school terms. Their mission is to provide an American standard of education that has a uniquely global perspective. It is not only Americans who attend this school; many of the scholars are from different parts of Europe and indeed the world. It is an expat community school more than a distinctly American school. The school is accredited by the Middle States Association of Colleges and is a member of the National Association of Independent Schools. Be aware though that this is a private school and the fees reflect that.

You could also consider sending your children to the American School in England, which is a private school in Surrey, which is just outside of the city. The American School in England offer both the American high School Diploma as well as the International Baccalaureate diploma and has a boarding school option for students from Grade 9 – 12. Another option is the ACS International group of schools. This is a group of three international schools that are also situated outside of London at Hillingdon, Egham and Cobham which offer the American High School diploma as part of the curriculum. These are truly international schools and have people from all over the world attending the prestigious campuses.

Choosing a school for your children is an important part of moving, but it is also important to remember that there are many fine English schools, both state run and private and you may be giving your child one of the best experiences of their lives if you let them integrate into the British way of life. They will e able to make friends in their neighbourhood as well as gain a richer understanding about the city that is their home.