Consider Hyde Park after Moving to London from New York 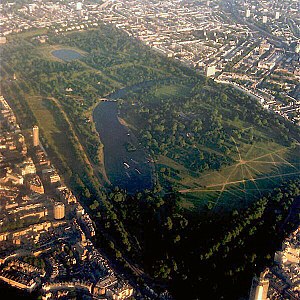 When moving to London from New York looking for a good quality park is something at the top of the priority list.  That is doubly important if children are coming along to London.  Luckily for American expats London in one of the greenest cities in the world with lots of sprawling parks and woods tucked away throughout the greater London area.  Those moving to London from New York are no strangers to parks and can appreciate all that London’s green spaces have to offer.

One of the most famous parks in the world, Hyde Park has been immortalized on film numerous times and is one of the largest parks making it a sure-hit for any family moving from New York. Attracting millions of people each year, this is a park that has a number of tourist attractions in the area as well as being a great place to relax and enjoy the sunshine.

Approaching the main entrance to this park, visitors are struck by the sensation of being in the countryside immediately. This is one of the most treed cities in the world and Hyde Park has hundreds of shady spots perfect for enjoying a picnic or just spending a few minutes of one’s lunch hour to relax and recharge your business batteries. Equestrians moving from New York are thrilled to know that many of the parks have bridle paths and horse riding is extremely popular in this city.

Hyde Park is divided into two halves by the Serpentine River that winds lazily through the park. From April until October one can hire a rowboat and explore the river that flows through Kensington Gardens all the way to the Diana Fountain, which is a tribute to the late Princess Diana. There are plenty of eateries and restaurants along the Serpentine so after working up an appetite a long lazy lunch in the sun is due.

Hyde Park is also well known for its concerts and entertainment and it is one of the premier locations for the big name performers who love to perform making it a very popular destination for any family moving from New York.  Despite all of this it remains one of the most unspoiled and charming English country gardens – a real haven for locals and a destination of note for those moving from New York.