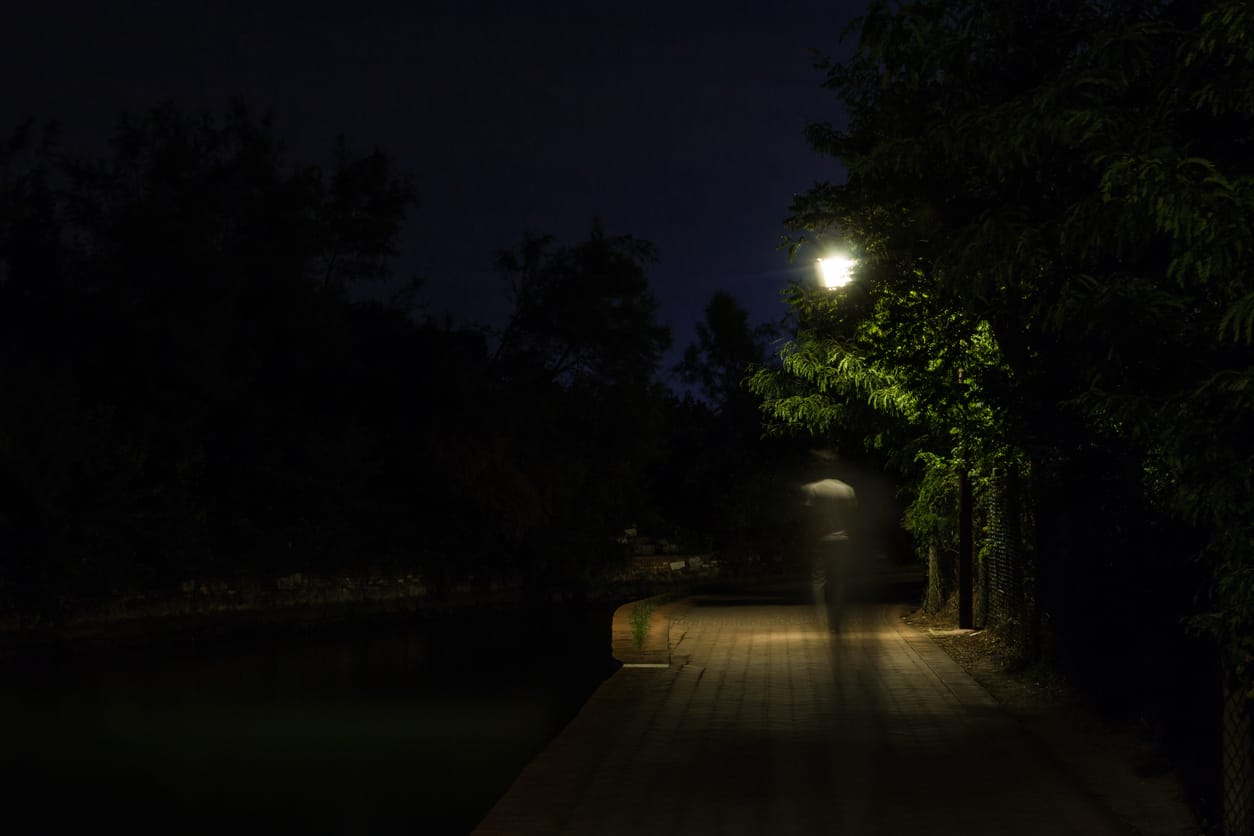 While most of us contemplate spooky stories and haunted places, the creak at the top of our stairs is a bit different around Halloween. However, London has a rich history of hauntings that can be experienced year-round. Consider that London, despite the wealth, regalia, and couture, has had a rather terrifying history marred by horrifying plague, violence, public beheadings, and the most notable serial killer in history. It is not a far reach to expect apparitions to make an appearance now and then.

The wet cobblestones glimmering in the flickering streetlamps and overwhelming dampness in the air can bring to mind any number of specters. The soul of the city breathes life into them, culling their despair and hunger. The darkness drawn across the sky, the sliver of the moon like a giant’s thumbnail poking through, diamond-like shards of ice are sprinkled haphazardly overhead. Were those footsteps behind you? A savage chill, the effects immediate, goosebumps marching down the spine. Was that just the breeze that feathered across your cheek or the lingering kiss of a spirit? Would you dare find out?

For those with the fortitude to tread upon London’s haunted thoroughfares, walking hand in hand with the ghosts of the past, here are some of the creepiest locales in London. Some are forever stamped in the fabric of London’s history coinciding with horrifying events while others are perhaps lesser-known though no less chilling. 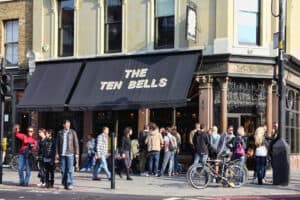 This pub used to be known as Jack the Ripper, inextricably linked to the grisly acts of the notorious serial killer. Two of his more notable victims, Annie Chapman and Mary Jane Kelly, were directly linked to this pub. Annie Chapman was drinking and carrying on at the pub the very night she was murdered. Was one of the male patrons watching her, merely biding his time before striking on the cobblestone streets? Mary Kelly, a known prostitute, frequently picked her clients up while frequenting the pub.

Now, who is heard whistling in the pub after hours? Who knocks glasses to the floor when no one is watching? Could it be the spirit of Annie Chapman seeking revenge for being mutilated at the hands of Jack the Ripper? Yes, she is seen and heard quite frequently.

This theatre was built in 1929 on the former site of the Horse Shoe Brewery which was where the infamous London Beer Flood occurred in 1814. More than 1 million liters of beer flooded through the area, killing Eleanor Cooper one of the employees. To this day her spirit is seen wandering through the theatre. One of the most famous photographs ever taken showed her apparition in the theatre in 2012. No matter where patrons are, there are numerous reports of children giggling.

Widely considered the most haunted house in London, it has a long and dark history. A young woman committed suicide in the mid-1800s and is said to continue to haunt the location. Following repeated abuse at the hands of her lecherous uncle, she jumped through the window of the top floor unable to live with herself after what her uncle had done.

The woman’s spirit is said to be tortured and seeking revenge constantly irritating visitors by making appearances and moving things constantly. In 1874 Lord Lyttleton accepted the challenge to spend the night. He was frightened so by an apparition he fired his shotgun but to no avail.

Then in 1879, one of the maids was driven mad while staying in the house overnight. Sent to an insane asylum, she died the very next day. In another terrifying instance, in 1897, a lone sailor fled for his life from what he claimed was an unknown horror. He fell to his death in a horrible accident.

If you’re willing to rattle the cage and wake the spirits, why not spend the night? There’s always room for one more. 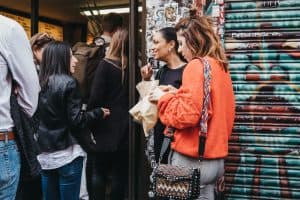 Most hauntings can be attributed to some horrific event. Whether caused by man or nature, choice or circumstance, the emotionally charged events of the past can sometimes leave an imprint on a particular site lending itself to the haunting. Well, that’s the case of the Bethnal Green Underground Station haunting.

Widely considered the site of the deadliest civilian disaster, it occurred during World War II. Amid the terrifying bombing runs from German forces, the British tested their air raid system but failed to notify the public. The ensuing panic sent droves of civilians to the Tube station. In the panic, 173 people were trampled to death. The vast majority of the dead were women and children. Their anguished spirits were seen racing into the Tube station. To this day, commuters constantly report hearing screams of women and children.

The Tower of London

How could any list of London’s most haunted locations be complete without mentioning the dreaded Bloody Tower as it has been called? Built by William the Conqueror in 1070, this massive structure was used as a prison for those deemed enemies of the Royal Family. In most cases, the prisoners were beheaded. With so many deaths associated with the site, it stands to reason that there are more than a few restless spirits.

Anne Boleyn remains forever stamped on the history of London and her spirit is said to roam the Tower of London after being beheaded by Henry VIII. She is seen roaming the halls headless, with her severed head tucked beneath her arm. Anne has also been seen countless times from the courtyard, her spirit staring out from the window above.

If you’re lucky, you will catch the perfume of one of the most famous spirits of the Tower of London. She is Lady Jane Grey. Stand at the threshold of St. John’s Chapel and wait a few moments. The scent of her perfume is said to continually drift down from the windows from the Tower.

Other famed haunts include the spirits of Guy Fawkes and Henry VI. Come tempt the spirits within the terrifying halls of the Tower of London.

Hampton Court Palace has more than its fair share of hauntings. With over five centuries of rich history, Hampton Court was the location for the deaths of Henry VIII’s wives.

Called the Haunted Gallery due to the haunting of King Henry VIII’s fifth wife, Catherine Howard, she can be seen frequently. She wears a flowery spectral gown when she is seen floating toward the door leading to the Royal Pew. When she reaches for the door, she looks back every time shrieking as she passes through the door.

Jane Seymour, King Henry VIII’s third wife is oftentimes seen roaming the grounds of Clock Work. Every year on the birth date of Edward, her son, she can be seen climbing the beautiful staircase to the Silver Stick Gallery. She is always carrying a candle and adorned with white robes.

The Lady in Grey’s spirit was awakened when the church of Hampton Court Palace was destroyed. She visits her original rooms seeking her long-lost spinning wheel. The sound of the wheel can be heard spinning, always spinning, the spirit of the Lady in Grey never satisfied with her work.

The Haunting and the Haunted

For those seeking the darker side of things, there are plenty of haunted locations. A city as rich with history cannot shake off its ghosts so easily. If you dare seek the truth, draw back the veil between the living and death and walk with the ghosts of London’s past.