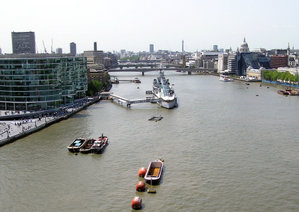 West London is a part of Greater London and lies on the west side of the central area. It is considered an economically upscale area and is the location for numerous government organizations and offices which makes it a desirable spot for a London flat.  West is also home to the busiest airport in the world. Heathrow airport is the window to Europe for visitors, tourists, business people and expats. West caters for the various districts that are available around the M4 motor highway.

River Thames is very near to the West and the area is full of parks and green areas which give it a distinctly village feel. The city of London is well into the planning stages for more development of the transport infrastructure of this area, various new railways lines are being laid, and it is expected that a few more boroughs and villages are likely to join the region of West. Shepherds Bush, popular for fashion is also located in West. There are major carnivals and festivals celebrated yearly by the Caribbean residents of this area and they are considered the largest festivals in the world that are celebrated on the streets of West London. Around two million tourists and local people take part in this celebration. The famous antique market that is located in Portobello Street is in West London.

In this area, the transportation system normally includes cars and then public transport into the centre of the city, which caters for all you transportation needs. There are mainly three type’s of transportation links available in West and they are central line and the district lines. The third line being the Piccadilly line, which is the underground metro system. All these lines are served by three main hubs in West namely Ealing, Richmond and the Hammersmith. Other than these transportation links there are two more systems that help in transporting people: The over land railway system and the West trams.

Living in West London is a lot like living in the suburbs. Good schools, great parks and wide-open spaces, and you are minutes away from the city.