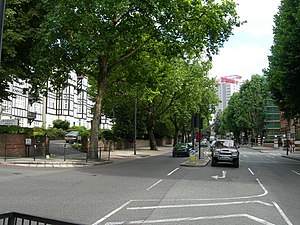 Moving to London is not just about moving to a massive city, you can find hidden residential areas with different characteristics depending on your price range and what you’re looking for. West London is the choice of many and moving here and most Americans and Canadians tend to stay to the west of the city.

Maida Vale is a unique part of town in that it right next to Little Venice, an area crisscrossed with canals and waterways. There is nothing like taking a barge up and down the canals and stopping wherever you choose at any of the magnificent pubs and restaurants lining the banks. Again, this is another face and facet to a fascinating city and the atmosphere living in Maida Vale is markedly different from any other area. A small apartment will set you back about £1000 and you’re looking at paying about £ 4000 per month for a three bedroom home.

Council Information: Mayfair falls under the Council Borough of Westminster with annual taxes ranging from £500 – £1400.

Transport: Maida Vale station is on the Bakerloo Line of the London Underground and falls into Transport Zone 2. The closest overland train station is Paddington Station. There are several buses running from Maida Vale into the city and back, and you’re no more than 20 minutes away from all of the top tourist attractions while you’re here.

Shopping: Lots of shops and a quaint village atmosphere on many of the streets in Maida Vale, you’ll also find Sainsbury’s and Tesco in the neighborhood and Waitrose a little out of the suburb. Many of the grocery stores deliver to your home in the city so be sure to book your delivery through the website, to ensure you’re not hassling with groceries on the tube.

Doctors: The Maida Vale Medical Centre is found on Elgin Avenue and there are a number of surgeries in the suburb. The closest hospital with an A&E is in St. John’s Wood.

Other Amenities: If you’re living in Maida Vale, your right in the middle of three great parks: Hyde Park, Queen’s Park and regent Park, as well as having the canals and waterways as a fabulous way to spend a day out of your new rental.