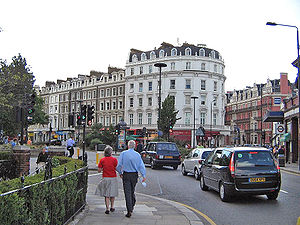 If you are new to London, then finding the right area to live is not merely about being close to work, or finding a home in the right area. If you are here for a couple of years then you do not want your move to London to be characterised by having to move every few months because you do not like the area. If you are considering relocating to London in the near future then you might want to gain some more insight into the different residential areas of the city. London is quirky and each suburb has its own personality, pros, and cons.

Once the stomping ground of the Sloane Rangers, which is not the name of a Gang, although some would consider these urban debutante somewhat feral at times, this suburb has become one of the most sought after areas, and the price tag on most of the properties is testament to that. This area has some of the best museums and is known for its wide streets as well as the parks and public spaces that offer a folks the chance to get away from it all for a while. Interestingly enough, although this is one of the priciest suburbs in London it is also one of the most culturally diverse, having a large population of Europeans as well as Middle Eastern residents. This is the playground of the uber rich and ‘South Ken’ does not really mind how you got it. Living in South Kensington is like living in the very heart of London, which is why many of the people who work in ‘The City’, which is the financial hub of London choose to live in this area. Shopping is one of the truly stunning activities of this suburb and you will be hard pressed to decide where to go first: haute Couture to hot deals. Antiques to quaint objets. This area of London has it all.

Houses and homes do not come cheap in this area, but it is one of the nicest suburbs you’ll ever find to raise a family in and it is close to a number of excellent public schools, don’t forget that a public school in England is actually a ‘private school’ and the fees can be expensive. If you are looking to rent a family home in this suburb then you can expect to pay at least £ 4000 per month, and if you are looking for something that is upmarket then you can pay over £15 000 per month for a really pos place. One of the big pros about choosing to live in South Ken’ is the proximity to the transport system. Three underground lines, as well as over ten bus routes serve the South Kensington Station.