The World is a Stage… 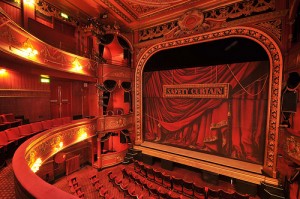 …Shakespeare once wrote, and while we are indeed the actors in this grand play of life, it is pleasant to exit stage left now and again to escape our dramas by losing ourselves in another.  There could not be any place better to do so than in London.  Now that you’re moving here, you will have to seize the opportunity of hitting its theatre district.  As if it wasn’t thrilling enough to have silver screen names like Dame Judi Dench and Jude Law gracing the London stages this past spring and summer (in Madame de Sade and Hamlet, respectively), we are now embarking on a fall and winter under the stars with Kevin Spacey starring in Inherit the Wind, Keira Knightley in The Misanthrope, and James Earl Jones with Phylicia Rashad in Cat on a Hot Tin Roof.

Not that it’s all about the big names, folks.  Just like a fine wine should not be selected based on a flashy label, never underestimate the intensity in talent to be found among so-called ‘no-namers’.  I remember visiting London a decade ago and seeing a play with my sister, The Sideman, just because it starred Jason Priestley of 90210 fame.  Not only had his hairstyle not changed one overly gelled strand since his days as the sensitive, teenaged peacemaker Brandon Walsh, neither had his acting evolved much from high school drama class.  The real stunner of that play was the leading lady, a ‘no-name’ actress at the time named Edie Falco.  Even people without HBO know what she has since gone on to accomplish that has garnered her accolades and fame ever after.

Ticket prices are actually reasonable in relation to Chicago and New York’s Broadway, but if you’re a real stickler for a good deal, last-minute ticket booths abound in Leicester Square for a good discount.  So when you’ve settled into your new flat thanks to London Relocation Ltd., get dolled up and treat yourself to an evening of culture!