Saving Money on UK TV When You Relocate to London: Online Options 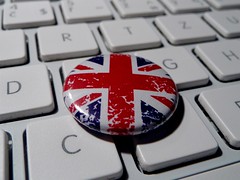 As a follow-up to yesterday’s post on UK TV companies, I thought I’d ask around among my American expat friends who have relocated to London in the last year or so to learn more about their online television options of choice. As I mentioned yesterday, watching TV shows that stream over the internet is a more cost-effective alternative to transporting or purchasing a television set, subscribing to a digital TV service, and paying the UK TV tax. Here’s what I’ve gathered so far…

A friend and her husband who exclusively watch TV online (their TV didn’t share their move to London from the U.S.) use TV Catchup.com for live TV (there’s also an iPhone and iPad app for it). If they just want to catch up on an episode or season of something, they go directly to the channel’s own site, such as 4oD.com (for Channel 4 on Demand) or ITV.com.

Now this couple did end up paying a TV license for the live streaming TV they use. The fear with bypassing this tax when going online is that, in the event you do get  caught, the penalty could cost far more than the license itself. It may sound Big Brother, but it would only require access to individuals’ URLs to know if they’re watching live streaming TV or not, programs that are funded by the very tax they’re not paying. It’s up to the individual to decide if the risk is worth it or not.

At any rate, I know of sites (which shall remain nameless) that stream an abundance of television shows and movies; however, they might not be available for streaming in the United Kingdom…at least not straightforwardly. Many folks have been able to get around this technicality by using proxies or VPN services, such as Hotspotshield.com. Another alternative if you’re tech savvy is the Slingbox—set it up on someone else’s television (even if they’re in another country!) and watch their television programs on your computer over the internet.

If you can recommend any other great online TV options, please share with your fellow expats! Then we may all enjoy fine entertainment within the comforts of our London apartments :).