Moving to London – People and Personalities 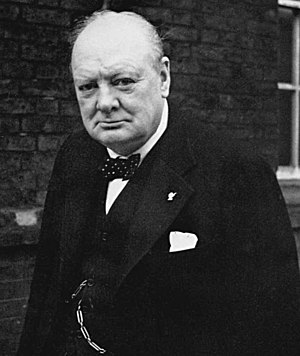 If you’re only just moving to London it’s still a given that you’ve heard of Winston Churchill. If you have even a passing acquaintance with the history of the Twentieth Century, it will probably be enough for you to be familiar with the name. Churchill’s involvement during World War 2 is common knowledge along with his renowned, razor-sharp wit.

Churchill was born in 1874 to aristocracy (his family were the Dukes of Marlborough). His father was a politician and his mother was an American socialite. As a student, he was noted for his rebellious nature and he fared poorly academically, though his later years at Harrow school showed much improvement, with Churchill garnering high marks in History and English as well as being his school’s champion fencer. He graduated from the Royal Military College at Sandhurst, and following school, became a war correspondent as well as serving as a young military officer. His services saw him working in Cuba, the Sudan, British India and South Africa.

Amongst the experiences he had during his military career was his capture and imprisonment at a POW camp in Pretoria in South Africa during the Second Boer War. Churchill was captured when he helped come to the rescue of an armoured train set upon by the Boers. He managed to escape from the camp, and it was his written accounts of his experience which helped him achieve fame as well as begin a career as a writer.

Churchill came into politics in 1900, winning a seat in Parliament with the conservatives, who he later broke away from, joining the liberals to become undersecretary of the state for the colonies. After this he was transferred to the Admiralty, where he strengthened the British Navy. He resigned this post to again work in the military when World War 1 broke out and only returned to Parliament in 1916 as private member. From then till 1940, Churchill served as Secretary of War, as head of the Colonial office and Chancellor of the Exchequer. Throughout this period, his political views showed increasing signs of conservatism. Though he wasn’t a member of government, he retained his seat in Parliament and continually warned of the growing threat of Nazi Germany.

Churchill was installed as Prime Minister when Germany began its invasion of the Low Countries (Holland, Belgium, Luxemburg, the North of France, etc). Under Churchill, Britain withstood the German onslaught, including the devastating bombing raids of the Blitz of 1940 – 1941. He refused to back down in the face of the threat of Germany, even in the early days of the war when it was only Britain actively opposing Hitler. His open defiance, popularly captured in his speeches broadcast over radio, helped to galvanise Britain in its refusal to cow to the Nazi threat. His speeches include the famous “I have nothing to offer but blood, toil, sweat and tears”, his first as Prime Minister. It was this determination which earned him the nickname from the Russians, “The British Bulldog”. When Germany finally surrendered in May, 1945, Churchill famously told a crowd at Whitehall that “This is your victory”, to which the crowd responded, “No, it’s yours”, at which Churchill led them in a singing of Land of Hope and Glory.

Apart from his time in political office, Churchill left behind a rich legacy, filled with various incidents of adventure in his military career. He was also a talented painter, particularly renowned for his impressionist works.

Churchill was also renowned for his sense of humour and his cutting wit. Many of his quotes have become oft repeated pieces in popular culture, including :

“Ending a sentence with a preposition is something up with which we will not put.”

“History will be kind to me for I intend to write it.”

Despite the support he garnered as a result of victory over Germany in 1945, Churchill lost the election later that year. He was again elected in 1951 and stayed in office till his later resignation in 1955. Following a severe stroke (another in a series which had left him debilitated), he died at his home in 1965, aged 90.