Americans Moving to London: Moving OUT of Your Comfort Zone – Part 1 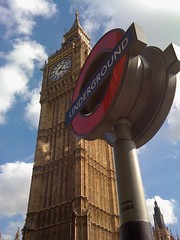 Today’s post is in direct response to my previous two-parter, “Finding Your Comfort Zone After Relocating to London.” Sure, a London move is challenging, and you deserve to envelope yourself in what home comforts you can to help keep your stress levels down and ease you into the more unfamiliar. You might find that it takes a few weeks to a few months to really feel settled in, so with that in mind, it’s certainly worthwhile to start nudging yourself out of your comfort zone early on to expedite that transition.

So, to address the same categories I did in Part 1 and Part 2 of “Finding Your Comfort Zone” (which listed London neighborhoods, stores, and venues where American expats in London can get their Yankee fixes), here are some local counterparts:

I mentioned previously that Americans are drawn to the west side of London, so how about checking out its north, east and south sides? Neighborhoods like Camden, Islington/Angel, Farringdon, Clerkenwell, Shoreditch, and Hackney north of the Thames and Borough and Southwark south of the Thames offer more ethnic diversity and less gentrified, mainstream shops and venues to instead revel in a more bohemian spirit of vintage and kitsch, and outdoor markets abound. On the other hand, if you’re seeking something more contemporary, spacious, and sterile, Canary Wharf is an option.

Doing all your shopping in American import stores will get expensive, and, with the exception of those favorite brands you can’t find elsewhere, it really isn’t necessary—you can find everything you need in the local London grocers, of course. Reasonably priced grocery chains in London include Tesco, Somerfield, and Sainsburys, and if you’re willing to pay a little premium for quality meats and such, try Waitrose or Marks & Spencer.

And if you’re missing Walgreens from the States, the UK answer for your toiletry/pharmaceutical needs is Boots. Likewise, your Barnes & Noble/Borders equivalents are Waterstones and WH Smith (though they can’t promise you an in-house café).

London is a fashion capital, so its independently-owned boutiques are not to be missed—rather than me list them off, I encourage you instead to wander around and discover your own favorites! Fun neighborhoods for shopping are Notting Hill, Sloane Square, Chelsea, and Soho in the west, Camden, Crouch End, and Hampstead in the north, and Brick Lane in the east. As for “high street” (a.k.a., main street) store chains akin to the ones I listed in my previous post, some common ones replicated in every neighborhood are H&M, Zara, M&S, Monsoon, Topshop, Jigsaw, John Lewis, Oasis, and All Saints (I am in deep smit with this last one of rocker-chic fashion, which is unfortunately out of my price range…).

Join me Monday as we continue to explore the restaurant and entertainment options that will guide you out of your expat shell after you relocate to London.