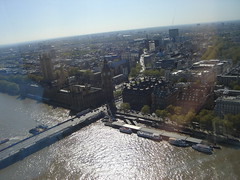 If you’re moving to London then you will have read our blog on the great North vs. South debate. It can be tough as an American moving here to try and find a rental in the perfect neighborhood. Living locally means that you have over 100 neighborhood’s and suburbs to choose from and your first step will be deciding on whether or not you’re going to live north or south of the River

North London is certainly the more popular choice for Americans and Canadians moving here. There are a number of suburbs that expats tend to favor. The problem is that they are also rather more expensive than usual, and prices tend to be inflated more than they should be. It might be wise if you’re on a budget to look at areas that are not traditionally inhabited by expats. Not only will you be paying substantially less, on your accommodation, but you’ll find that your annual council tax payment is cheaper in many neighborhoods to the south.

One of the biggest pluses about living in North London though is the transport network. If you have a look at the tube map, you’ll see that there are far more tube stations north of the River Thames. If this is your first time here and you don’t know the city very well, then living in north London is a definite plus. There are many areas in South London that just don’t have any tube stations, although this is going to change with the additions to the East London tube line that have finally opened. It can still be a challenge to have to catch a train and two buses to get to work.

North London has some of the most famous parks and open spaces for you to enjoy. Many of the Royal Parks are in the North and you’ll have a fair amount of open space to enjoy during the summer months. In terms of entertainment, it can be said the central with the bright lights of Theatreland and the thousands of clubs and bars, does actually fall into the North area. That said, it is huge and if you’re looking for entertainment and excitement you’ll be able to find what you’re looking for no matter where you are living here.