Living In London – Tourist Spots Off The Beaten Path 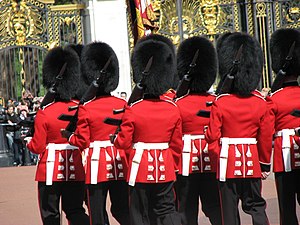 While you are living in London you’ll have the opportunity of visiting all of the famous tourist attractions. Once you’ve done the London Eye, the Changing of The Guard Ceremony and the other hundreds of tourist spots, you may be looking for something a little less crowded. Perhaps not as expensive and something that will allow you to learn more about this fascinating city. It’s all about getting out of your London rental and immersing yourself fully in the entire experience.

The Ceremony of the Keys

Held at the Tower of London this is a lesser known version of the Changing of the Guard at Buckingham Palace. Rich in symbolism and history the Ceremony of the Keys takes place every night at 9.30 pm. The warders of the Tower check the outer perimeter of the Tower and ceremonially lock the doors to the entrance of the tower. The guards are known as Yeomen and the ceremony is not only significant, but for security reasons it is done by highly trained soldiers. You have to book at least four months in advance and you have to apply in writing to the Tower of London, giving all of the names of the people in your group. It is a beautiful ceremony, the Tower of London as the sun is setting without hordes of crowds and chattering tourists.

Catch the action of Parliament

Another fascinating thing to do is to see the government of England in action. The debates in the House of Commons are open to the public and you may be able to get a seat in the gallery when the House is sitting. Some of the debates can get heated at times, and at times the yelling and shouting of the back benchers will remind you of school boys at a rugby match. It is a unique way of learning about the structure of British government and society. The best time to get a seat is during Prime Minister’s Question Time, but foreigners will only be issued the free tickets if there is space.

You have such an opportunity to see so much more than just the London Eye while you are living here. Look for special offers and lesser known attractions online, or contact your local tourist centre for information.