Living in London – The West End 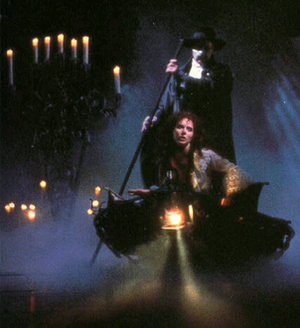 If you’re living in London and settled into your new London apartment you will get the urge to venture out and take in a night on the town. If you are looking for a good night out, you could do a great deal worse than the West End. The district is home to more than a few cinemas, theatres and restaurants, and it’s recognized by most as the entertainment capital of the UK. You might also like to know that its Europe’s largest shopping district.

At the risk of contradicting myself, the West End isn’t solely limited to giving you a good night out. The area is home to a selection of art galleries and museums, meaning you’re just as likely to have a good day out as you are an evening out.

What the West End is most popularly known for is the quality of its theatre productions.  And with productions like ‘The Phantom of the Opera’ making their home here (the musical has been playing at Her Majesty’s Theatre since 1986 and saw its 10 000th performance there in 2010); the area has acquired a reputation for theatre that’s enough to rival New York’s Broadway. Also check out ‘Sleeping Beauty’ at the Royal Opera House and a little show you may have heard of, ‘Les Miserables’.

And if theatre isn’t your thing, the West End also offers ice skating, art galleries and a pretty decent selection of restaurants. Anything from Chinese and Turkish through Vegetarian and Seafood. It’s the West End though, so it’s probably a good idea to come armed with your wallet, and packing plastic.

Don’t forget that the West End doesn’t only cater to those with the classical taste. It’s also home to a few cinemas, the popular Odeon on the West End for instance, so if you’re not into those treading the boards or singing an aria, you still have the choice to enjoy some low-brow humor or deafening explosions on the big screen with big sound.

There is a fair amount of shopping to be done in the area and with West End shopping being one of the pricier aspects of living in London; you really don’t want to show up only to do window shopping.