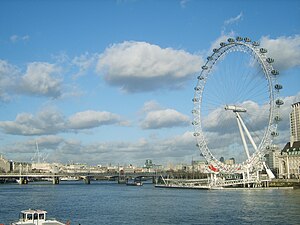 You’ve taken plenty of time planning your European adventure and have really prepared yourself for moving to London.  Or maybe you’ve made it across the pond to begin your new life living in London. Most people want to get a good idea of what they need to do to rent a London apartment, how to get to the London Eye and how to open a bank account. This pocket guide in three parts will give you a crash course in how to survive living in London and what you can expect.

Yes it is English, but it won’t be like any English you have ever heard. There are many words that are used in England that have very different meanings in America and Canada. Just getting to grips with the various accents of people living here can be tiring. Often it will not even sound like English, but a foreign language. Most of the shock factor comes from words that are considered rude in other languages and vice versa.

Remember that rubbers are erasers, fags are cigarettes, faggots are also known as sausages, and most English people have a finely developed sense of humor that includes lavish use of sarcasm. The best thing to do to get acquainted with English, as spoken by the English is to watch as much British television before you arrive. BBC America has a myriad of different English shows and films so you can attune your ear.

No you don’t have to learn your alphabet. The A-Z is a map book that every local owns. It’ll help you get around while living here, and give you detailed maps of the public transport network that you WILL be using every day. Driving a car here is nearly impossible and very expensive, so get out of your flat and onto the tube. The quicker you learn how to use the underground and the buses the better off you’ll be. Your US drivers license is only valid for a year, and most cars in London are manual (stick shift) so unless you have a license that covers you to drive a manual car, you’ll have to re take your driver’s test when you get here.