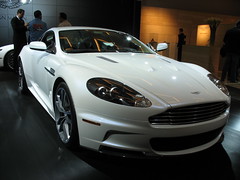 When you’re living here, you’re living in one of the most iconic cities in the world. So many characters from films and television shows have made their way to worldwide prominence and they are all tied inextricably to the great city of London.

If you’re an American moving to this city then this is the time to try out some uniquely British style cars. If you fancy giving James Bond a run for his money then why not try an Aston Martin. While we would never advocate owning or using a car in the city center, you can get out for the day and experience the speed and thrill of driving one of the truly unique British cars that has ever been built.

Silverstone is the home of British motor racing and if you have never experienced the thrill of race day, then you can have the opportunity to spend some time on the track in one of the world’s fastest cars. With a top speed of 175 miles per hour and the power to go from 0-60 in under 5 seconds, you’ll not only feel like James Bond in a high speed chase, but you’ll look pretty good too!

Even if you don’t want to be in the driver’s seat, a visit to Silverstone is a great way to enjoy a day out and visit one of the world’s most famous racetracks. For over 60 years, Silverstone has been considered one of the finest circuits in the world. If you can manage to get tickets, then you simply have to attend the world class Formula 1 race weekend held on 8, 9 and 10 July 2011. Formula 1 is the international equivalent of the Indy 500. It’s a high class event and is a part of the great social summer season. Beautiful women, fast cars and the elite from the world of racing combine into a fantasy weekend of speed, adrenalin and high powered fun.

There is so much to do here, you’ll just have to stay forever, to fit it all in.