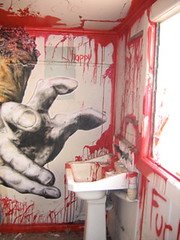 If you’re moving to London, it may surprise you to find out that the London Underground is not a political movement (thanks to ‘A Fish called Wanda’ for that one). What it is, is a very convenient way of making your way around the city. The London Underground (just call it the Tube or the Underground like everyone else), is the second longest metro system in the world, it has about 402 kilometres of railway track and is used by about 3 million people every day.

The Underground serves the area of Greater London, covering everywhere from Aldgate East to Highstreet Kensington, as well as from Elephant and Castle all the way over to Regents Park and Great Portland Street. It’s a nice thing not to have to be the one making the effort with the transport, what with driving around and fighting through traffic and then having to find parking. Better to buy a ticket, catch the train and take a seat while the train carries you to your destination. You’ll only have to fork over a few pounds versus all the hassle of driving, petrol costs, the congestion and then having to pay for parking as well.

It’s a given that security will be a concern, but thankfully, there’s a constant police presence. The Underground works hand in hand with the Police so crime shouldn’t be a worry. That said, keep your wits about yourself and if you use the tube at night, make sure you’re with other people.