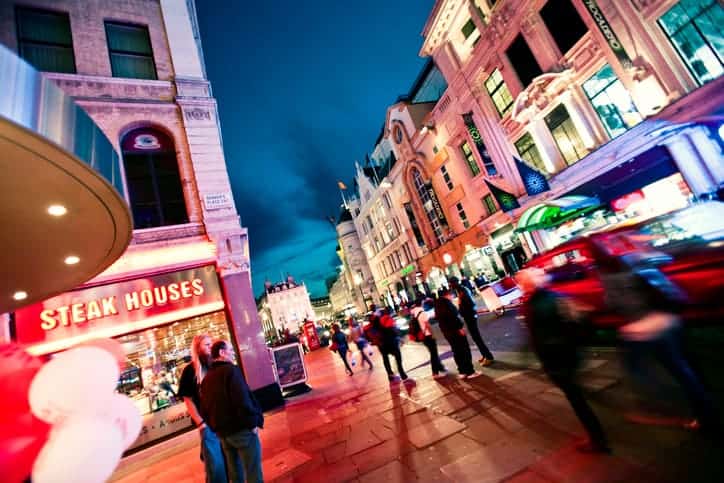 If someone gave me a pound every time I’ve heard the phrase “Oh, I know London very well indeed”, I’d be writing these words from the back seat of a Ferrari placed on the rooftop of my personal jet (the car is on a plane for reasons, obviously) which, in case anyone is wondering, I am not.

People tend to believe they know something based on the time they’ve spent, not the experience they’ve gained. Need proof? Try asking any Londoner for directions. 10 out of 10 people would jump out of their pants for the opportunity to display their wits and knowledge but 8 out of 10 wouldn’t know a damn thing about where you need to go and how to get there.

I swear to Lord I sometimes believe that London is inhabited by robots that are only programmed to know the route home from work, with an occasional detour to the same old pub they go to every Friday.

I even think that a tourist with a map knows London better than a person born and raised there. Heck, if someone were to teach visitors to stand on the right they might actually become decent human beings.

Alas, even a map does not reveal the hidden. London is filled to the brim with mysteries and awesome places one may only stumble upon by accident… Or after reading this blog.

What would you expect from a telephone booth? You can make a few calls there or dress up as Superman if you are really into the authenticity of your cosplay act but aside these two things there really isn’t much to it, right?

What if I told you that there is an entire our hidden behind a telephone booth and you need to dial the right password in order to trigger the trap door? You’d probably say that I am watching too many James Bond movies. And you would be correct. But the pub is real nonetheless.

Don’t believe me? Go to the Kingsland Road, find a telephone box with “La Cabina” on it and dial 2580.

As you may remember from history lessons, there was a cholera epidemic in London back in 1854. The disease has nearly wiped out the capital and obliterated Soho entirely. 10% of the population died in as little as one week.

The valiant efforts of a doctor John Snow (now, not the hot bastard one) that have tracked the source of the disease to a water pump. That very same water pump that nearly killed out residents of London and the concept of living in a big city still stands on the Broad Street. You can tell which one it is because there is a pub named after the good doctor across the street.

Did you know that the grave of the very first clown known to man is in London? His name was Joseph Grimaldi and he was quite a big deal for the “modern school actors”. Heck, most of the clowns who followed Joseph’s steps at the time were known as Joeys.

One of the most famous quotes by Joseph is “I am grim all day, but I make you laugh at night!” As if clowns weren’t creepy enough as they are.

In case you wish to pay your respects, the grave is located on a side street near King’s Cross.

We’ve all heard the saying that the walls have ears. But there is a particular wall in Westminster that has a nose sticking out of it.

Why? Don’t ask me. I’m not the one who put it there. All I can say is that there is a legend that this is a spare nose for the statue of Nelson.

I mean, yes, there are a couple of boring people with their facts and knowledge who state that this is an installation by an artist that serves as a protest against CCTV cameras in London but would you rather believe that version over the “spare statue nose” one?

What can be better than tea? Alcohol, of course. But imagine if you could combine both and pair the mix with astonishing live jazz music. If that’s not a dream come true – what is?

Luckily, this fascinating place exists – although hidden – and it is called the Blind Spot. It is located under the St Martin’s Hotel. You’ll have to get into the hotel, head on to the boutique tea counter and take a look behind it. There you will find a golden hand stretching at you from the wall. Shake the hand, open the secret passage and in you go.

When was the last time you looked up when walking in London? If you are anything like me the answer is never. This means that you have never noticed a peculiar lamp post – the Webb Patent Sewer Gas Lamp.

Yes, it still exists and yes it works on sewer gas. They say it’s to prevent the methane from exploding but I know that they just don’t like the residents of the Savoy Hotel as they are the ones enjoying the smell of safe sewers on a regular basis.

Don’t thank me now, but please do share your photos from the Blind Spot on our Facebook page. This way I’ll know that I have revealed a secret to someone and my goal in life will be complete. By the way – you don’t only have to share your shots from the Spot. Please share pictures of any place mentioned in this list!